ZTE wants to expand beyond its native Chinese market into the West, and the Grand X is the company’s first big attempt to reach beyond Asia.

According to The Verge, the ZTE Grand X is a new mid-range smartphone that’s different from most other Android phones in that it uses stock Ice Cream Sandwich. The Grand X has no extra skin put on top of Android, and the only pre-installed software is a TouchPal keyboard (though the stock keyboard is also present).

The Grand X doesn’t compete with high-end phones like the Galaxy S III and HTC One X, however. It uses the year-old Tegra 2 processor, and has only 512MB of RAM. The phone is also a bit thicker than the other two flagships, and has a 4.3-inch qHD display (960×540). 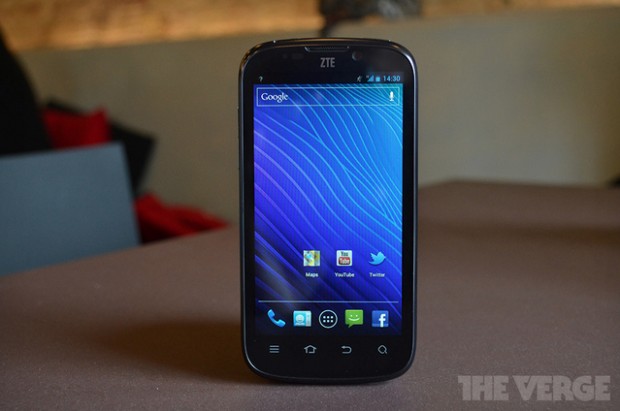 ZTE’s Grand X is more of a competitor to the Galaxy Nexus, which it just beats out in some of The Verge‘s benchmark tests. It’s strange to think of a mid-range smartphone as a flagship phone, but as the first big smartphone from ZTE in a Western market the Grand X looks like a relatively decent phont.

The ZTE Grand X will arrive in the UK next month through Phones4U and Virgin Media stores. Virgin Media will charge £189.99 for the device, which is around $296 including taxes.

While the phone launches first in the UK, it wouldn’t surprise us if it made the jump to the U.S. at some point. If it did, it will likely be relatively cheap if not free on a two-year contract. That is assuming the U.S. version is exactly the same as the UK version.