ZTE’s high-end 5-inch Nubia Z5 phablet has popped up in a press photo showing off the device’s 1080p HD resolution screen. The press image shows a white edition of the Nubia Z5, which when released is expected to compete with devices like the HTC Droid DNA, HTC Butterfly, Samsung Galaxy Note II, Oppo Find 5, and an unspecified device from Chinese rival Huawei.

ZTE has been rumored to be working on at least two phablet devices in the past. 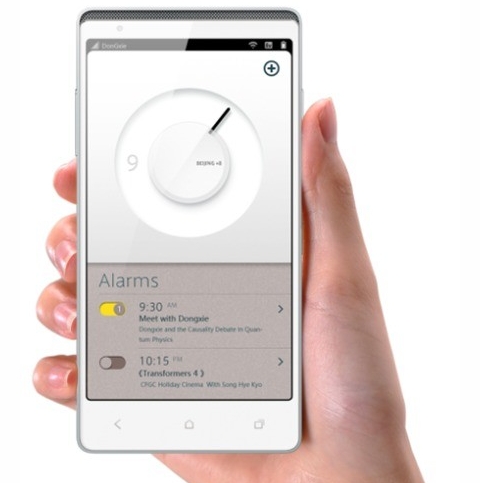 On the front top of the device, we see a large exposed area for the speak grill, a design that is very reminiscent of what HTC had used for its Windows Phone 7 HTC HD 7 smartphone. On the bottom below the display, we have a trio of capacitive touch buttons for back, home, and multitasking Android navigation keys.

Unwired View is speculating that ZTE could potentially launch the Nubia Z5 by the end of the month in China, though the site says it’s still unclear if the phone may be introduced in the U.S. or other non-Chinese markets.

Aside from the 1920 X 1080 5-inch display, other premium specs include a quad-core Qualcomm Snapdragon S4 Pro processor, 2 GB RAM, and a 13-megapixel camera. The device is said to measure 7.6 mm thin and may launch with Android Jelly Bean.

Other devices expected to launch with 1080p HD resolution displays in the near future include the Samsung Galaxy S IV smartphone, the LG Optimus G2, and a Sony Yuga or Odin device.