ZTE to Announce 8 New Multi-Core Smartphones at MWC, Some with LTE

ZTE has already unveiled a few of its smartphones ahead of Mobile World Congress, but the company just issued a press release stating that consumers should expect to see a total of 8 new devices being announced at the Barcelona trade show later this month. The smartphones being announced will be multi-core devices, and some of them will have 4G LTE network support for faster mobile broadband download speeds than 3G-capable devices.

The ambitious announcements, along with ZTE’s goals to bringing some high-end features to its smartphones, will, as ZTE plans, help the emerging Chinese smartphone manufacturer propel itself into the number three smartphone-maker position by 2015. Will 3 years time along with multi-core CPUs and 4G LTE support be enough? Time will definitely tell, but ZTE along with Chinese rival Huawei are definitely gunning to oust veterans like Samsung and Nokia from the top. 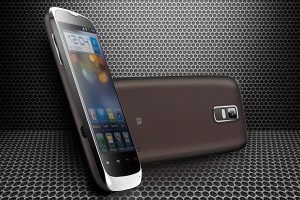 On the infrastructure side, ZTE will be demonstrating a wide range of application scenarios covering LTE/LTE-A, smart networks and cloud computing.

“There is no doubt that this year’s Mobile World Congress will again see some exciting device launches. The new devices from ZTE will demonstrate how ZTE is without doubt among an elite group of handset providers as next generation telecommunications networks roll out globally. ZTE returns at least ten percent of its revenues back into R&D to ensure that it sustains its position as a true market innovator – and we’re counting down to being able to showcase this to the world’s mobile industry next week,” said Mr. He Shiyou, Executive Vice President and Head of the Terminals Division at ZTE.

The devices will be officially unveiled in a press conference at Mobile World Congress in Barcelona on Monday 27th February at 10:30 CET. The new devices, together with a comprehensive portfolio of ZTE terminals, will be on display at the ZTE booth in Hall 8, stand B145.