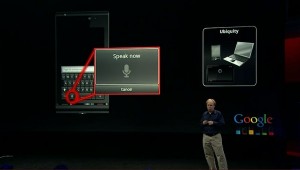 Google had used an un-named smartphone rendering on stage to debut its new search feature for mobile, leading many on the Internet to question if the near-buttonless smartphone is the design inspiration for the oft-rumored next-generation Nexus 3 that will succeed the Samsung-made Nexus S. However, upon closer inspection, the smartphone resembles a smartphone that was announced nearly 2.5 years ago at Mobile World Congress in early 2009.

The smartphone design in question looks a lot like the Sony Ericsson Satio–codenamed Idou, a Symbian-powered smartphone that boasts a 3.5-inch touchscreen and a 12.1-megapixel camera. The phone has three buttons on the bottom–which are clearly seen on the smartphone render for Google’s search announcement–for call send and end, and what appears to be a menu button.

In fact, what appears to be a lanyard loop at the bottom center is also carried over to the Google search image render as well. Here’s what the Sony Ericsson Satio looks like below, which you can compare to the image at the upper right for the Google Search phone: 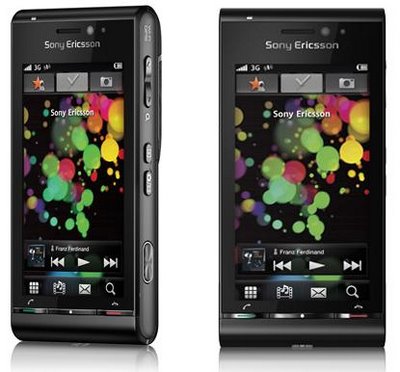 The Google search presentation displayed features on already released Android smartphones, including the Motorola Droid 1 and the Nexus S, which led some to question if the rendering could potentially be a prototype for an Android Ice Cream Sandwich-powered Nexus 3. As the device lacked the traditional capacitive touch or physical buttons for Android navigation, like those for home, back, search, and menu, some sites believe that the hardware could be the next Nexus. In fact, upon closer inspection, it seems that Android is just borrowing an old Symbian handset and slapping what appears to be a keyboard from Android 2.2 Froyo on top to highlight the search feature.