The 32GB Nexus 7, which appeared in an internal screenshot from a retailer yesterday, has now popped up at several more retailers, a sign that it could very well be the real deal.

Reports from Android Police and Droid-Life both present evidence that suggests a 32GB Nexus 7 launch is now extremely likely. The former reports that the device has shown up at PC Nation, PC Nation and Buy.com. The listing reveal a 32GB storage option for the Nexus 7. The Nexus 7 currently comes in 8GB and 16GB form only.

As for the latter, we’re now treated to another internal screenshot from a retailer which again depicts a 32GB variant of the Nexus 7, a device that Google has yet to announce. 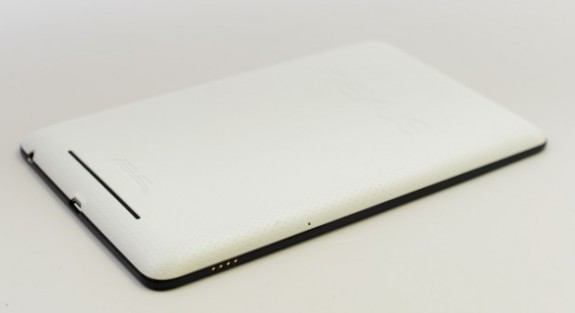 The 32GB Nexus 7 could arrive soon.

The prices for the device area all over the place but all of them are just above $250. The current Nexus 7 devices have a price tag of $199 for the 8GB and $250 for the 16GB so we imagine that the device will likely be priced at $300 when and if it arrives. The listings at the retailers are likely just placeholders while the internal listing appears to be much more credible as it backs up yesterday’s listing.

It appears that the retailer whose inventory is shown in the screenshot is expecting the device to land on October 24th. That’s the same day of the Galaxy Note 2 launch but more importantly, it’s just a few days ahead of Andy Rubin’s talk at the All Things D: Dive Into Mobile conference where is he expected to talk about Google’s Nexus program.

it’s possible that he could show off the device then or maybe, the device will arrive when the LG Optimus G Nexus is rumored to arrive, in November.

Those who are looking for more storage space for photos, video, apps and more on their Nexus 7 will likely be intrigued by a 32GB model as it provides double the storage space of the biggest Nexus 7 on the market.

There are also rumblings of a Nexus 7 with cellular data though that model has yet to surface.