Just a short time after its Wi-Fi was released to the public, the 4G LTE enabled version of the Asus Transformer Pad 300 has cleared the government’s hands at the FCC which means its release should have just gotten a little closer.

Unfortunately, other than signifying that something is on the way, the filing doesn’t reveal many juicy details. 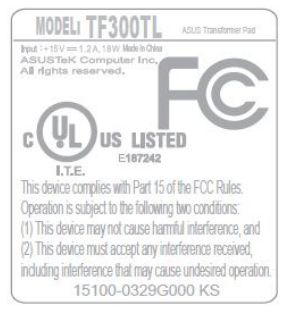 Specifically, it does not reveal exactly when this device, with 4G LTE bands compatible with AT&T’s network, will be arriving. It also doesn’t clear up the processor mystery. 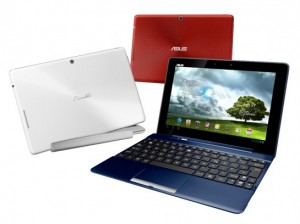 The Wi-Fi model has NVIDIA’s quad-core Tegra 3 processor on-board. However, NVIDIA has said that Tegra 3 devices with LTE won’t be arriving until 2013. So, it’s unclear what processor this device is going to have powering it.

Other than that, and the 4G LTE support, this should be the same device.

It’ll also have 802.11b/g/n WiFi, GSM and WCDMA 3G connectivity, GPS, Bluetooth, and an assortment of ports including an SD card slot that will allow owners to expand the device’s storage space.

Now that it has passed the FCC, we expect an announcement at some point soon and we’ll let you know when we hear something.