Important Call of Duty: Black Ops 3 details surfaced this week that reveal exciting information for fans of the series, including new teasers, story details and more. E3 is already in the rearview mirror as the focus shifts to Comic-Con and Treyarch teases important information about the new Call of Duty game.

If you are just catching up, the 2015 Call of Duty release is a return to Black Ops with a new story and upgraded multiplayer that includes special new abilities and features that super charge the experience with upgraded soldiers at your disposal.

Here are the latest Call of Duty: Black Ops 3 details that gamers need to know as we head into the end of June. 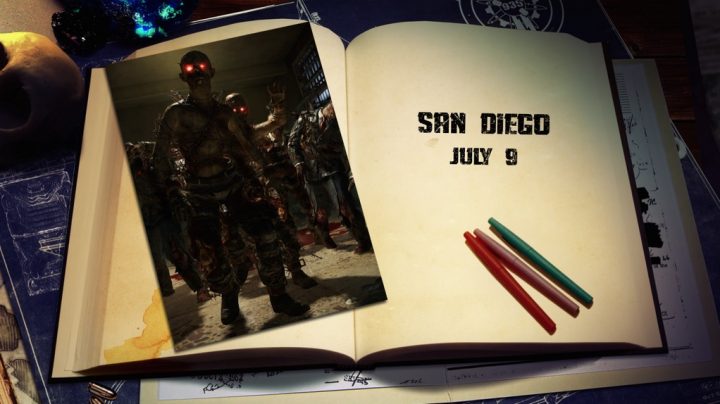 Fans who are at the event can take home special Black Ops 3 Zombies gear and will see the trailer before it goes live online. The rest of us can expect to see the new Call of Duty Zombies trailer soon after the July 9th reveal.

The special editions of games are a huge topic lately with the hard to find Fallout 4 Pip Boy Edition and the cancelled Batman Arkham Knight Batmobile edition. At the San Diego Comic Con on July 9th we will get our first look at the new Call of Duty: Black Ops 3 collector’s edition and what it includes.

From the Comic-Con website we learn that there may be multiple editions, but it isn’t clear if that means different levels or just versions for each of the latest consoles.

We learned that Marshawn Lynch is playing a role in Call of Duty: Black Ops 3 as a bad guy, but Treyarch told fans that he is not the main villain in the game. We also learn that Raul Menendez is not returning to the Black Ops 3 storyline.

“So, a few things…Marshawn Lynch makes a special appearance in the game…he is not “the villain” (i.e. Menendez). The fictional world of Black Ops 3 carries through from the drone attacks of 2025. For the purpose of the new game, Menendez doesn’t play a part (it would’ve been difficult to do given the multiple endings of BO2).”

We don’t know much more than this just yet, but perhaps we’ll see new details at Comic-Con or Gamescom.

Charlie Intel delivers several great Call of Duty: Black Ops 3 gameplay videos that show us what the new multiplayer mode looks like with the new jumping abilities and weapons. Petey from Charlie Intel confirms this is not as supercharged as a the exosuit in Call of Duty: Advanced Warfare, with a bigger focus on gun-on-gun gameplay.

This is definitely the best 12 minutes of Call of Duty: Black Ops 3 multiplayer gameplay footage out of E3 2015, and it will have to be enough to hold you over until the Black Ops 3 beta in August.

Call of Duty: Black Ops & Black Ops 2 for Xbox One

Microsoft is letting users vote on, “which Xbox 360 games you’re most excited to play on Xbox One.”

Microsoft will deliver the capability to play Xbox 360 games on the Xbox One later this year, but not every game will work. Microsoft says, “we’re working hard to make as many of your favorite Xbox 360 titles playable on Xbox One.”