Today at Acer’s CES 2012 press event, we were able to go hands-on with the company’s upcoming Iconia Tab A200 tablet which will be launching on January 15th for an affordable $329. The tablet will feature Google’s Android 3.2 Honeycomb operating system out of the box but Acer has announced, and confirmed to us again today, that Android 4.0 Ice Cream Sandwich will be arriving in February.

While we were only able to spend a few minutes with it, we came away fairly impressed with the Iconia Tab A200, especially given the price.

It’s thin, it’s light, and felt great in the hands. And just in case you were wondering about specifics, the tablet checks in at 1.5 pounds. 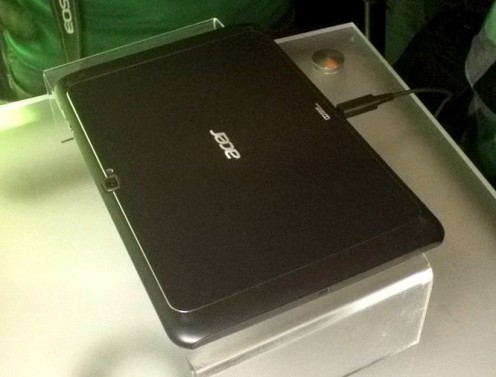 The Iconia Tab A200’s 10.1-inch display was rich, vibrant and provided above-average viewing angles. It should work out well for those of you that want to watch movies or game on your new tablet.

Here is a video of the tablet running a game called Riptide GP and the trailer for the most recent Transformers movie:

The speakers seemed to work out well, even in the noisy environment.

As for the performance, Android 3.2 Honeycomb was snappy, a testament to the device’s NVIDIA-made Tegra 2 dual-core processor and GeForce GPU. Scrolling through home screens was a cinch and multitasking, from what we saw, seemed to work well.

When it arrives on the 15th, the Iconia Tab A200 will be available in two variants, a 8GB model and a 16GB model, with the 16GB model costing just $30 more than the 8GB model. 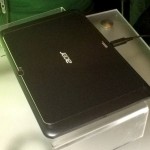 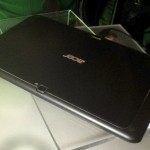 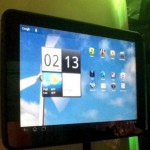 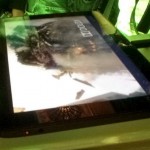 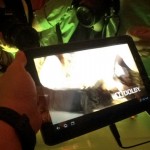