The new Acer Nitro 5  gaming laptop is more interesting in 2018 thanks to the addition of a more powerful processor that will help it handle more games and video editing. Acer keeps the same design and sticks with affordable starting prices that helps the Nitro 5 stand out in the gaming laptop segment.

With the 2018 Acer Nitro 5 gamers get a 15.6-inch screen and the ability to upgrade to a new Intel Core i7+ six core processor. This is especially helpful with processor heavy games and while crunching video.

Acer did not change the design of the notebook, which isn’t a problem. The Nitro 5 features a black chassis with red keys and a red accents. It’s what you’d expect from a gaming laptop, but it’s not over the top. Inside Acer packs in Intel OPtane memory, speedy NVMe SSD storage nand a GeForce GTX 1050 Ti. Acer announced two models that will go on sale at Best Buy later soon. 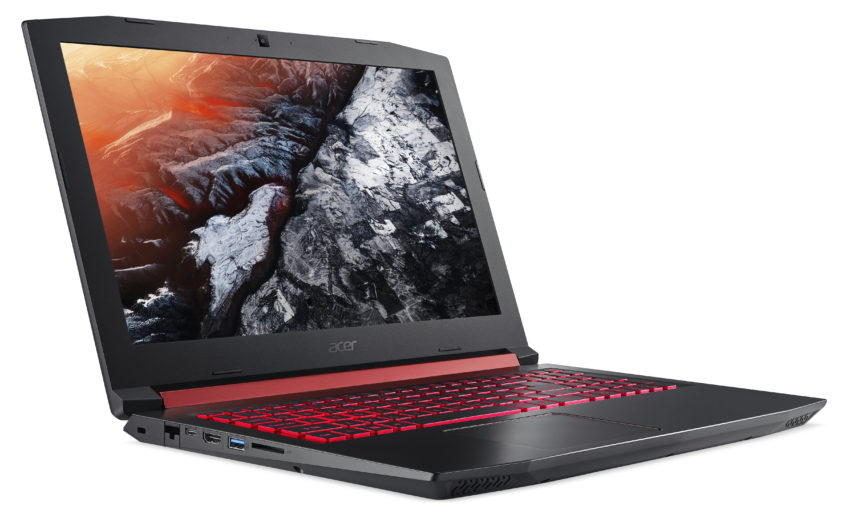 The Acer Nitro 5 comes with upgraded processors for 2018.

The new Acer Nitro 5 release date is set for May in the U.S starting at $749. Pricing is not yet available for the Intel Core i7+ models, but expect it close to $1,000 based on the current models offered.