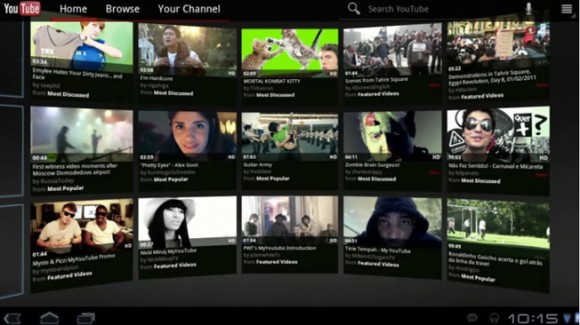 There has been some confusion following Google’s Android 3.0 Honeycomb launch event where various media outlets have been reporting that Google’s Android 3.0 Honeycomb OS, which was described as the first version of the Android operating system designed for the tablet user experience, will not be making its way to smartphones. Google spokesperson Andrew Kovacs has said that we may see various features from Honeycomb, the codename for Android 3.0, to appear on smartphones over time though Kovacs did not give an exact timeline for when that may happen.

According to BGR, Google has since clarified its position to say that the Android 3.0 event recently was designed for and about the launch of the new tablet form factor for Android. Those features and UI changes, noted Google, “are the future of Android.” The company is saying that we’ll first be able to experience the new features and UI via Honeycomb on tablets first.

It seems to me that Google is trying to merge the smartphone and tablet platform into one cohesive platform to move away from criticisms of fragmentation. Similar to what Apple is doing with iOS, Google may be using Honeycomb as a launching block for tablets and catching up its smartphone UI and OS to Honeycomb sometime down the line. Will we see all the novel UI improvements and changes on a smartphone? Probably not as the tablet demands a tablet UI with multiple panes to take advantage of the larger screen and deliver value to the end-user. Smartphones may be based on a similar core in the future–the same Android 3.x core–but may have a different interface, like how apps designed for iOS appear different on the iPad than on the iPhone despite the app being a universal app–meaning that a single copy of the app can be run on either devices without the developer having to create two different versions of the same app.

Android, with Android Market, may be headed down the same direction as iOS did with the iPhone and iPad, though Google may just be cautious to tell users and members of the chatty media that they should not expect to see all the tablet-enhanced features of Android 3.0 on a smartphone in the future.