While the PC industry is slowing down, Asus is buckling the trend thanks in part to its Android division and its flagship Eee Pad Transformer tablet, which comes at a more affordable price when compared to product offerings from its rivals and also has a unique laptop dock. For the Spring quarter, the company posted an increase of 5% in earnings and net profit of $242 million with an operating profit margin of 5.9 percent, the highest in three years. 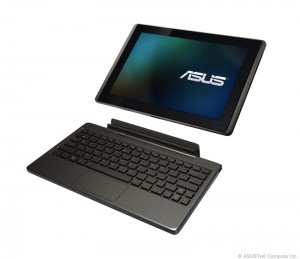 The company has not released sales figure yet, but with the slowdown of netbook sales and a consumer frenzy over tablets with the market-leading iPad, Asus is rumored to have shipped 300,000 tablets a month. Unlike its rivals who can’t move enough tablets, Asus’s affordable pricing and unique design had the Eee Pad Transformer out of stock at many retailers when the device was first introduced.

The company’s 300,000 tablets a month figure compares to Motorola moving 440,000 Xoom tablets total in a quarter and Research in Motion selling 500,000 PlayBook tablets in its quarterly figures.

To succeed the dual-core Tegra 2-powered Transformer, Asus is said to be working on a quad-core Kal-el device that will be released soon.