Until recently Apple listed the in-app purchases in the App Store on your iPhone and iPad. Parents and concerned players could easily scroll down and see what in-app purchases are included in a game or app. Apple now only shows a small icon near the “Get” button that says In-App Purchases. Google still lists a range of in app purchases for an app, but does not list individual purchases.

There’s big money on the line for Apple. Last year between Christmas Eve and New Year’s Day, Apple made $890 million in app sales and in-app purchases.

On or around October 24th Apple removed the section of the app page that lists the in-app purchases. Until this time, a parent could open an app store listing page and easily see the most common in-app purchases and their pricing. This could reveal a single unlock to remove ads, or it could show you a long list of options designed to let kids drain your bank account for virtual currency. 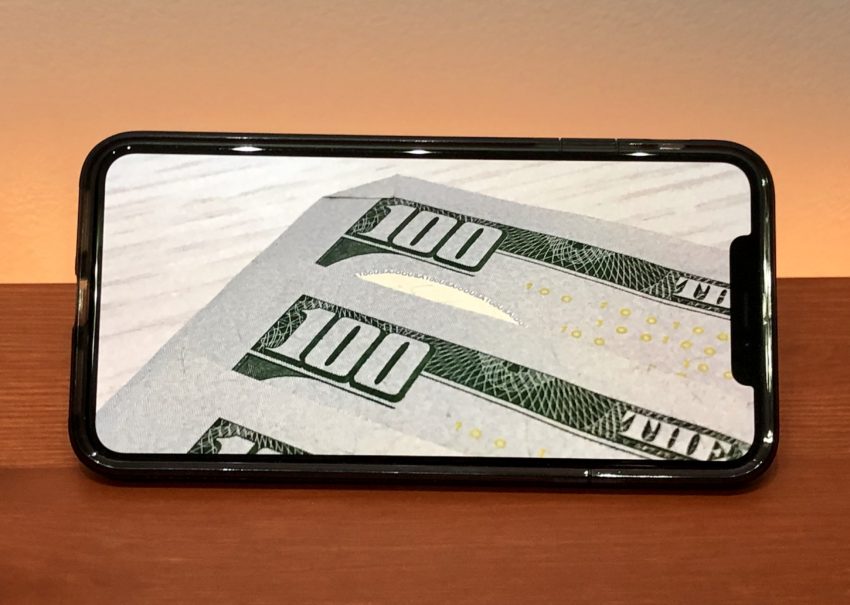 Apple no longer makes it easy to see what kind of in-app purchases and what prices are part of an app..

Now you cannot see any details about the in-app purchases in a game or app without first installing the game and then playing the game to see when you are prompted to spend money. In some apps this is immediate, in others it may take 10 minutes or longer to see how much you can spend in a game.

By removing this listing Apple makes it much harder for parents to decide if a hot new app their kid wants to play is a good option. Many apps, like FIFA Mobile seem designed solely to drain bank accounts of money and turn it into in-game currency needed to advance. Adult coloring books notoriously come with high price tags of up to $24 a month, $9.99 a week or $99 a year. Now you won’t see that information until you launch the app.

While Apple makes a big deal about consumer privacy and brands itself as a watchdog for consumers, the company is often slow to act when it comes to offending apps. TechCrunch reports that Apple recently pulled several apps from the App Store for pushing consumers to sign up for $3.99 a week, $4.99 a month or $156 a year subscriptions for QR code readers, PDF scanners and more. Reviews from consumers indicate they felt tricked into signing up for the subscriptions that auto-renew.

Apple keeps 30% of the subscription during the first year and 15% during the second year. With the apps listed above, Apple is making a lot of money. Apple has yet to restrict the use of a feature that slowly fades in a close button. This is designed to trick users into thinking they only have an option to start a free trial that auto renews as a paid trial or sign up immediately. If you look in the upper left corner of the video below you can see the close option fade in.

This dark pattern is the best (stolen from full screen ads). The (x) close button animates in after a few seconds so that people don’t see they have a way to get off the page. Watch the upper left of the subscription page: pic.twitter.com/DaRJPvdu5Q

In many cases, these free trial become paid subscriptions in a matter of days. Some will renew multiple times before a customer sees a credit card statement. That’s not even going into how hard Apple makes it to find how to cancel an in app subscription. You can’t do this from where you would expect, the App Store.

Instead you need to go to the iPhone or iPad Settings. Tap on Your Apple ID, Tap on iTunes & App Store, Tap on your email, tap on View Apple ID, Login, Tap on Subscriptions and then you can cancel a subscription. It’s ridiculously convoluted, and it’s suspiciously hard given reports that Apple is secretly meeting with developers to push subscriptions.

In the App Store In-App Purchases section Apple puts the onus back on users and parents, despite removing the most useful tool that parents had to see what an app charged for in app purchases. Apple suggests parents restrict this option with parental controls.

You can use Screen Time to put app limits in place and you can even use it to stop in-app purchases. This guide will show you how to use Screen Time on the iPhone and iPad, or you can watch the video below.

Right now there’s not much that you can do to get this information back at your fingertips. Apple Support suggests leaving feedback for Apple about the change.  It’s unclear how much good that will actually do.

We welcome your feedback regarding App Store changes. Head over to our Feedback page and let your voice be heard: https://t.co/eTPVYVFyd8

There’s an Apple Event on October 30th, and while we expect a lot of things at this event we don’t expect Apple will reinstate the in-app purchases listing or make a better version of it available.