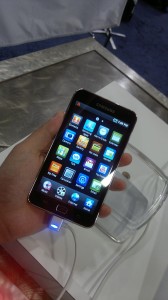 The Galaxy Player 5-inch is like any other Android smartphone, except the device doesn’t have a phone radio and would rely on WiFi for connectivity as an iPod Touch competitor with a large screen, suitable for reviewing photos or watching movies. That said, the 5-inch display, which brings the Galaxy Player into the realms of the Dell Streak 5, makes it sort of a hybrid device, which straddles the smaller, more portable screen sizes of smaller media players and phones and larger screen sizes of tablets. At the AppNation conference in San Francisco, California, developers at the Samsung booths were questioning company representatives if the Galaxy Player 5 is a small tablet or oversized phone. 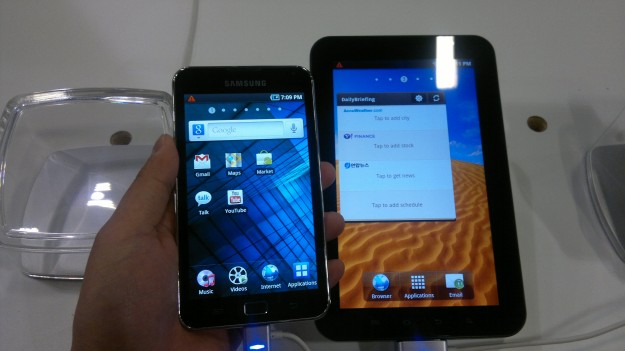 As Samsung is expanding its tablet category to include 8.9- and 10.1-inch slates, it’s curious why the company didn’t the 5-inch PMP Galaxy Player as part of its Galaxy Tab lineup. After all, the company already has a 4-inch Galaxy Player to compete with the iPod Touch.