Archos has announced a pair of Android Honeycomb 3.1 tablets, the Archos 80 G9 and the Archos 101 G9, and they look like they are both going to be pretty solid offerings, especially for those of you who covert hard drive space on your devices. 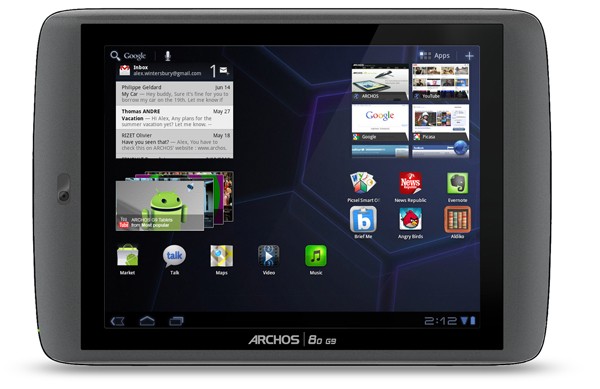 As for the rest of the specifications, both will be powered by a 1.5GHz OMAP 4 dual-core processor and will both have a 250GB Seagate hard drive on board as well. The tablets will support Flash, will have Android Market access and will offer 1080p playback and an HDMI port as well. You’ll also be able to pay an extra $49 which will net you a 3G stick and that will turn your Wi-Fi device into a pay-as-you-go 3G tablet.

Both tablets will be powered by Android 3,1 Honeycomb.

These are not pricey tablets either. The Archos 80 G9 runs for $279 while the Archos 101 G2 will cost you $349, both prices of course coming without the need for a contract.

As for availability, both tablets will be out by the end of September.