Barnes and Noble has apparently begun sending out invitations for an event taking place in New York City later this month, May 24th to be exact, and there is speculation that the company could be announcing a 3G version of their popular Android-based e-reader, the Nook Color. 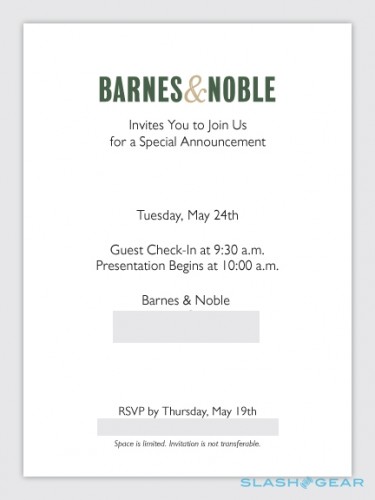 Right now, Barnes and Noble only offers a Wi-Fi version of their device but that could very well change at the event where the company will make some sort of ‘special announcement.’ The invitation unfortunately offers little information. No name, no hints, nothing. 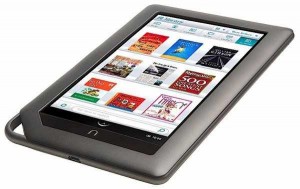 This is extremely intriguing because the Nook Color Wi-Fi currently sits at a mere $250, so a 3G version with contracts will likely sit at much less. Affordability and the access to Android seems to be a winning combo, just ask ASUS. Its Eee Pad Transformer is only $400, comes with Honeycomb and it’s flying off shelves.

While this seems like the likely scenario for May 24th, there of course is the possibility that Barnes and Noble throws us a curveball. However, we know that a new e-reader is on the way, and it’s unlikely that it will be something substantially new.

A cheap, Android 2.2 Froyo tablet with 3G? How does that sound to you guys?