Since shooting to the top of the app store we’ ve seen an explosion in Battle Bay hacks that promise unlimited gold, unlimited pearls, and even unlimited sugar. There are even Battle Bay mods that promise a hacked version of the app for Android that allows you to get more resources to build better ships and unlock new weapons without the need to win battles.

There are a lot of Battle Bay cheats and hacks online that promise you the world, but before you try them, there are some things you need to know.

We’ve discovered at least a dozen Battle Bay cheats and Battle Bay hacks that claim they can give you unlimited gold, sugar, and resources. 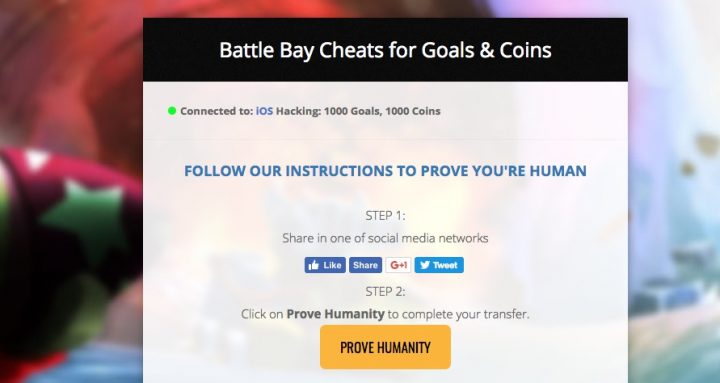 There are many Battle Bay cheats and hacks that promise you unlimited pearls, gold and sugar.

Many of these rely on creating fake pages on Google Maps or on websites meant for other things since they are not planning to follow through with any offer. We even found one that pretends to be affiliated with a major technology website.

You may see these Battle Bay cheats tool downloads on Google Maps, The Knot or on YouTube, but the story is always the same. If you download this program you can get unlimited pearls, gold, and resources.

It’s easy to enter information for Goals, Gold, Coins and Pearls, but when it comes time to use the hack or the cheat, you will need to perform some kind of verification. This is always an offer that requires you share your personal information with an online company.

Even if you complete these, the tool that you download will not deliver your unlimited Battle Bay pearls, gold or other promised resources.

Some of the tools even pretend to look legit with a “hacking” dialog that shows the information you enter, but if you attempt the first part, you will quickly find that you don’t even need to connect your device or enter a username for the hack to work. After running some green text on a black screen, you will see a

Is your personal information with a chance at unlocking some in-game purchase? With these tools, the answer is no.

Will I Be Banned for Battle Bay Hacks? 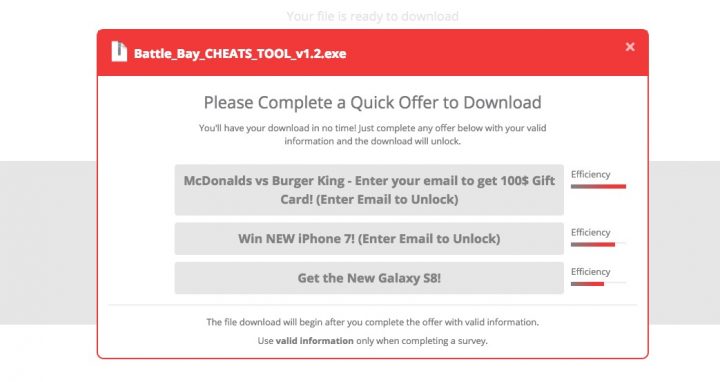 In addition to getting your personal information, you may lose access if you attempt to buy items outside of the app or use a hack.

There is not a lot of good support data from Rovio on Battle Bay, but there is a very good chance that if they catch you using a Battle Bay hack or cheat they will suspend your account.

We typically see games ban players who try to go around the in-game earning and the in-app purchases to buy or hack resources elsewhere.

Attempt any of the Battle Bay cheats and hacks you find online could leave you unable to play or to keep your current progress.

How to Get Free Battle Bay Pearls

You can still get free Battle Bay pearls by completing achievements in the game and using the daily reward calendar to unlock free pearls and other rewards as you play. 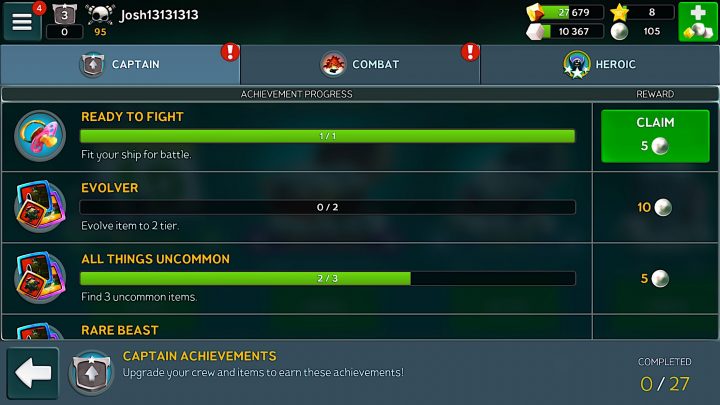 Use achievements to get free Battle Bay pearls.

Tap on the menu in the upper left. Then tap on Achievements. Now search for any you have completed and claim your reward. You can earn multiple rewards in each battle and you can check to see what you should try to do in your next battle.

You can also tap on the menu and then on Calendar to claim rewards that change daily. You can earn free Battle Bay pearls and other upgrades.

How to Get More Battle Bay Resources Instantly 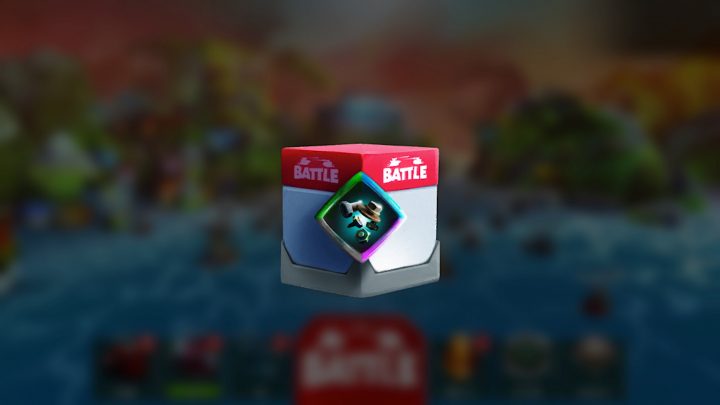 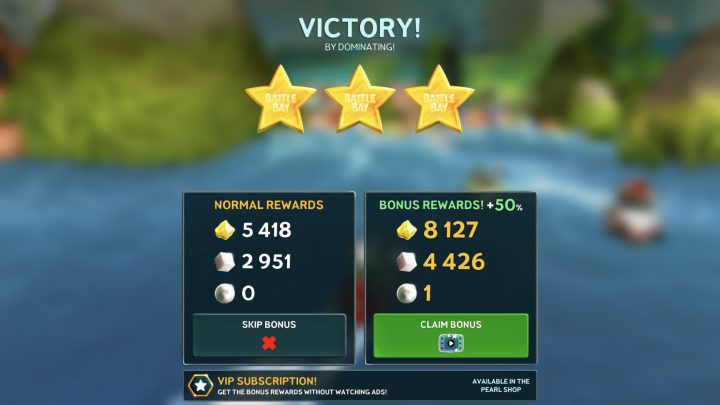 Watch an ad to earn a 50% bonus on in game items after a battle.

The best Battle Bay cheat is to watch an ad after you win a match with a lot of resources. You can watch an ad at the end of a battle which will give you a 50% bonus on your gold, sugar, and pearls.

At the bottom of the screen after you win, tap to watch an ad. This takes at least 15 to 30 seconds, but it is worth it if you won a battle and have a lot of rewards coming. You can pay $9.99 a month to get a 50% bonus without watching ads, but that’s $120 a year if you stick with the game.

How to Report Battle Bay Cheaters

If you encounter someone who appears to be using a Battle Bay cheat to get more resources, move faster than they should or otherwise ruin the game, you can report them to Rovio.

You can use this link to contact Rovio about Battle Bay cheaters and to ask any questions you have about your resources if you run into problems or find yourself banned.