There’s a good chance Battlefield 6 will be released in October or November. EA hasn’t confirmed an official Battlefield 6 release date, but that’s the best estimate at this time. With that in mind, here’s what you need to know right now about the new Battlefield release based on usual release cycles, rumors, and tradition.

Battlefield 5 is still EA’s flagship Battlefield game, but that will change later this year when the company releases a new entry in the long-running series.

EA’s confirmed a new Battlefield game though we’re still missing most of the important details. Fortunately, the Battlefield 6 launch is just days away so we should gain clarity soon.

With the next Battlefield confirmed, we know a lot of gamers are interested in EA’s plans for DICE’s popular series. The below guide will give you a closer look at what you can expect from Battlefield 6’s features, release date, launch date, price, console compatibility, and more.

We finally have an official Battlefield 6 launch date.

During EA’s earnings call for Q3 of FY2021, CEO Andrew Wilson confirmed the company’s plans to announce the new Battlefield game in the spring of this year. Fortunately, the company is still on track.

The first Battlefield 6 trailer will land on June 9th ahead of EA’s summer launch event. EA Play Live is confirmed for July 22nd.

Leaker Tom Henderson says the game’s first trailer won’t “feature any gameplay, nor multiplayer, and will be somewhat similar to the beginning of the Battlefield V reveal trailer.” You can see that trailer below.

Look for the game’s full reveal to take place at EA Play Live in July.

According to EA, the Battlefield 6 release date is on track for the 2021 holiday season. Unless it’s delayed, you can expect it to arrive sometime before Christmas.

So unless EA and DICE are forced to postpone the release, you can expect the Battlefield 6 release date to be in either October or November 2021. 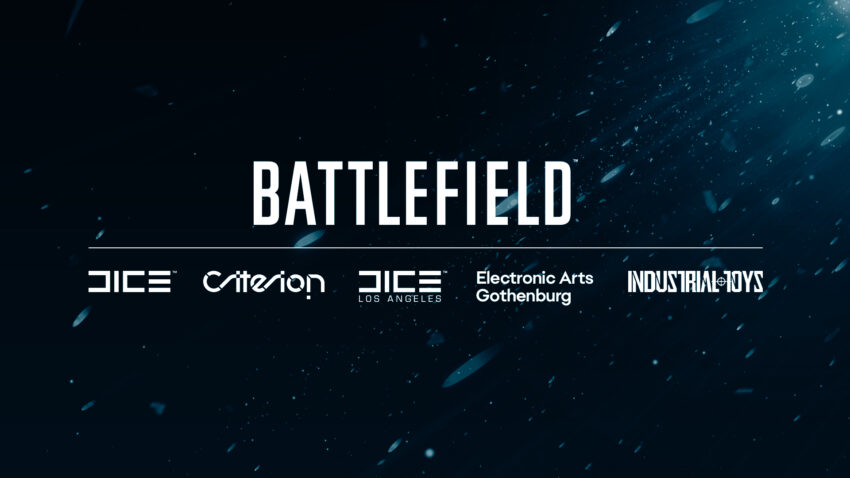 Rumors are also pointing to a launch on Microsoft’s Xbox Game Pass in the fall. This isn’t confirmed, but it makes sense given that EA Play has joined Game Pass.

You can expect at least two versions of Battlefield 6. There will be a standard version and we should see some type of Deluxe Version aimed at those who want something extra. It might also provide early access to the base game.

As for the special items, here’s what Battlefield 5 Deluxe Edition came with:

The Battlefield 6 special edition’s extras won’t mirror this, but look for the bundle’s extras to revolve around in-game currency and the game’s various game modes.

You can expect Battlefield 6 to go on sale when EA announces the game.

You can also expect EA to provide pre-order bonuses. To give you an idea, here’s what was offered to those who pre-ordered a copy of Battlefield 5. EA called it the “Enlister Offer.”

Again, the Battlefield 6 pre-order bonuses won’t mirror this, but you can expect EA to offer bonuses.

The next version of Battlefield will launch on PS5, Xbox Series X, Xbox Series S, and Windows PC. It’s unclear if we’ll see a launch on Nintendo Switch or Google Stadia. 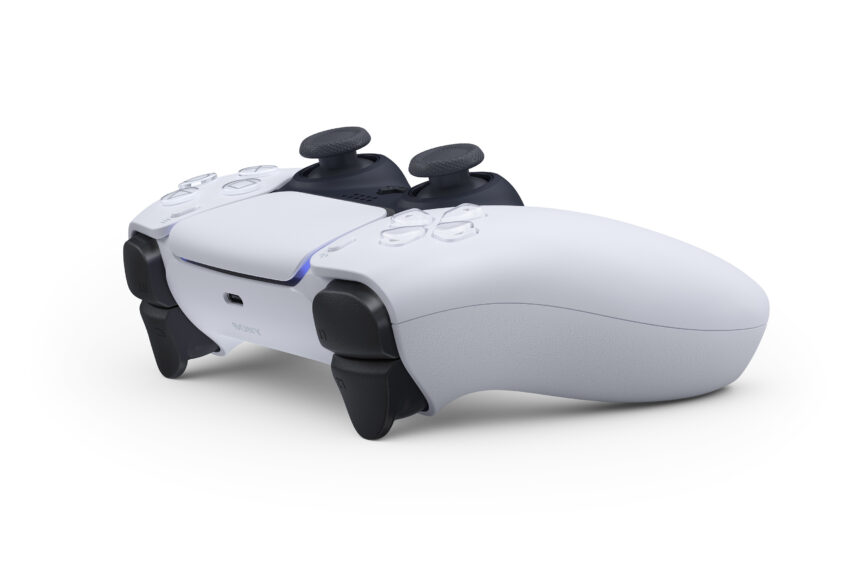 According to EA, the game will also launch on the PS4 and Xbox One though these platforms will likely get a scaled-down version of the game.

EA hasn’t confirmed the Battlefield 6 price, but here are a few things you can expect based on EA’s approach with other games.

Assuming EA launches multiple Battlefield 6 editions, we’ll likely see tiered pricing starting at $60. That’s how much the base versions of games for PS4 and Xbox One cost without a deal.

If EA offers a bundle with extras, you can expect it to cost more. The Battlefield 5 Deluxe Edition was $20 more than a standard copy.

It’s also worth noting the base version of popular EA games like Madden 21 for Xbox Series X and PS5 retail for $69.99 or $10 more than a standard copy for Xbox One and PS4.

Nothing is confirmed, but there’s a chance PS5 and Xbox Series X owners have to pay a premium for Battlefield 6. We won’t know for sure until EA officially launches the game.

As of right now we, and many others including Battlefield’s social media team, are calling the game Battlefield 6. Of course, that doesn’t mean it’s the official name. In fact, according to leaker Tom Henderson, EA will simply call it “Battlefield.”

So while Battlefield 6 is serving as the game’s placeholder name, it probably won’t be the official verbiage.

Battlefield 6 rumors indicate the game could be based on warfare from the present day or the near future. If true, it would be the first Battlefield game (unless you count Hardline) with this type of setting since Battlefield 4 back in 2013.

Tom Henderson believes Battlefield 6 will be a soft reboot of the series and that it will be borrow from Battlefield 3 which was released back in 2011.

Henderson says the game will take place 10 years from now “which gives the developers a chance to be able to implement weapons and vehicles that are currently in military development today.”

While nothing is confirmed, a potential location has been teased based on coordinates found in EA’s tech demo from last year and Battlefield 5. The coordinates point to Kazakhstan.

This has people speculating that Battlefield 6, or at least part of it, will be based in the country. Of course, there’s also a chance these coordinates have nothing to do with the game. You can learn more in the video below.

EA says the next Battlefield game will “return to all-out military warfare” though it didn’t provide any details about the specific setting.

Fans of the series have been hoping for a departure from old school warfare and it looks like they might get their wish in the next installment.

Here’s what we know about Battlefield 6 features thus far.

The publisher’s already hinted at some of these improvements and you can see them at the :29 mark in the video below.

The company also said the next edition of Battlefield “takes all the destruction, player agency, vehicle and weapon combat that the franchise is known for and elevate it to another level.”

EA’s Andrew Wilson has already stated that DICE is making the next Battlefield game with “never before seen scale.” It’s unclear what that means, but rumors have hinted at 128 player battles.

Leaker Tom Henderson claims the game will indeed have new destruction technology. He claims every building in the game can be destroyed in some capacity.

Henderson also claims Battlefield will mostly play like other games in the series with classes. DICE is also reportedly testing a new feature called “Platoons” that would allow multiple squads to coordinate with each other.

As for the rest of the game, we haven’t heard anything definitive about single-player or EA’s plans for a Battle Royale (currently dubbed Firestorm) mode.

Henderson believes there is a free-to-play mode attached to the game though it’s unclear if that mode is Battle Royale or something else entirely.

It’s wondrous I get to work on a game I fell in love with almost 20 years ago! The sandbox play of 1942 was just amazing for its time. I look forward to hearing from all of you what you loved and hope for in a future BF game.

DICE LA has confirmed that it’s working on a new Battlefield game in some capacity, but it’s unclear if the developer is involved with the core game or if it’s working on something outside of it like, say, a battle royale mode.

EA’s also confirmed that it has delayed the next Need for Speed game in order to allow Criterion Games to help DICE finish up the new Battlefield game.

Leaker Tom Henderson dropped a hint about Criterion’s involvement in the next Battlefield game and it looks like the developer might be helping with the game’s battle royale mode.

If you recall, Criterion was the primary studio that worked on Battlefield 5’s Firestorm mode. 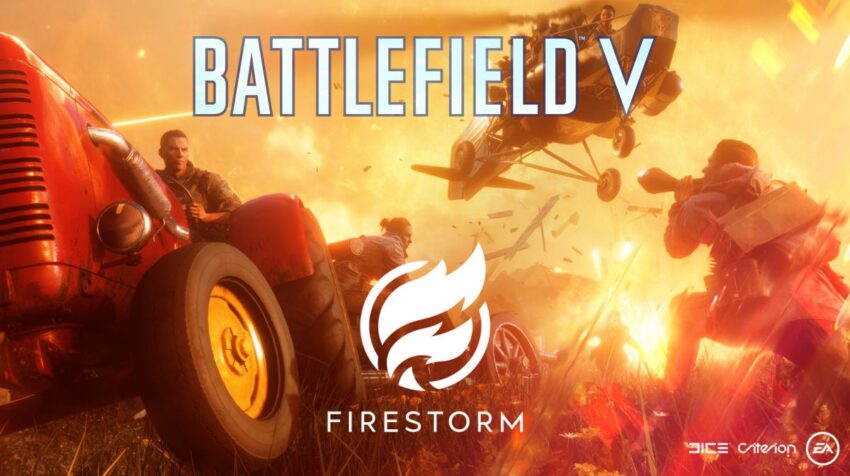 In the same interview, EA says that DICE is “doing some really exceptional things in live service.” In other words, you can expect Battlefield to once again skip paid DLC and offer additional content for free.

We should see EA provide a Battlefield 6 beta ahead of the game’s official release date.

The company launched open betas for Battlefield 1 and Battlefield 5 weeks ahead of their official release dates. If EA launches a Battlefield 6 beta, you can expect it to arrive weeks before its street date.

The Battlefield games are huge with tons of moving parts so beta testing is important because it helps DICE squash bugs and improve game balance before thousands of people jump on their servers.