The Apple Watch is over six months old now, which would make it a full-grown adult in iPhone years, but it’s actually a still a very new device that even received its first big software update just recently in the form of watchOS 2. 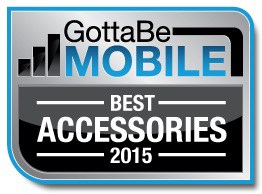 The Apple Watch will no doubt be a big item on many people’s Christmas lists, and if you paid attention to Black Friday deals, you’ll know that the Apple Watch was $100 off the normal price, which was a really nice discount and perhaps was one of the best deals we’ll see throughout the holiday shopping season.

In any case, if you have an Apple Watch or are planning to buy one, here are the best Apple Watch accessories that you should wiggle into your budget.