The iPhone SE 2 is already pretty affordable compared to most new smartphones with a starting price of $399, but you can score additional savings with the best iPhone SE 2 deals in 2020. From 50% off at Walmart to saving upfront and several months of service, there are a lot of deals available.

The biggest deal on a major carrier is $200 off the iPhone SE 2 at Walmart when you finance with device payments. If you buy the iPhone SE 2 on Metro by T-Mobile, you can pay $99.99 and Metro handles the remaining $300 with bill credits. You can also save $100 and get six months of service at Red Pocket Mobile. Apple and Best Buy both offer trade-in deals as well.

If you buy the iPhone SE online, it is shipped directly to you and then you can easily set it up on your own, call in to activate, and transfer your old iPhone or even Android information over to your new phone in an afternoon. 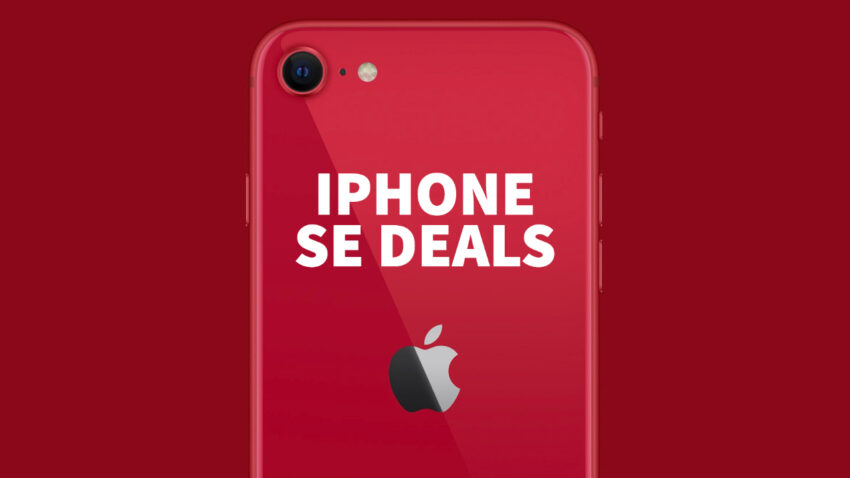 Right now Apple and Best Buy are the only stores listing the iPhone SE (2020) with deals, but we expect to see carriers all offer their own trade-in and switcher deals that could make this an even better deal.

The iPhone SE 2 is available for $50 off online at Walmart right now and you can also get it for $200 off in-store when the release date arrives. The $200 discount is valid on AT&T, Sprint, and Verizon when you activate and pay with a payment plan.

Buy the iPhone SE 2 at Walmart

The iPhone SE 2 is $5 a month for 30 months, which is $150. You need to be a new AT&T customer or add a new line and add unlimited service to the phone. the discount is through bill credits for the next 30 months.

Buy the iPhone SE 2 at AT&T

The iPhone SE 2 is $99.99 at Metro by T-Mobile when you switch and agree to monthly bill credits for the remaining $300 in value. This is only valid for new customers and only on the 64GB model, but it is a good deal.

Buy the iPhone SE 2 at Metro

Best Buy offers a $50 Gift Card when you buy the iPhone SE and activate it. To get this deal you need to buy the iPhone, activate it on AT&T or Verizon, and then pay for it with monthly payment plans up to 30 months.

When you buy the iPhone SE 2 at Red Pocket Mobile you get $100 off and you get six months of service with 3GB of LTE and unlimited service at 2G plus unlimited talk and text. This is available during the pre-order period.

Apple sells the iPhone SE 2 for $399, but with trade in’s, you can get it from $9.54 a month or $229 outright according to the website. But you can actually get a better deal if you are trading in a newer phone.

Here’s what Apple is currently offering for trade-ins towards the new iPhone SE;

With the newer phones, in good condition, you can essentially get a free iPhone SE. Most users are likely looking at trading up from an older model, which is still a nice option and potentially a better deal than trying to sell to someone on craigslist or Facebook Marketplace right now.

When we spot-checked the trade-in value of the iPhone 8 at Apple compared to Gazelle, you get almost $50 more going direct with Apple.

We will continue to update this post as Amazon and carriers roll out their iPhone SE deals this week.