The Samsung Galaxy A10 is one of the best cheap phones released this year, and if you got one you’ll still want a case to keep it safe. Even though the phone costs under $200 it still has a big 6.2-inch screen worth protecting.

These are the best Samsung Galaxy A10 cases available so far, just keep in mind that these do not fit the Galaxy A10e, which is a slightly different model. Whether you’re looking for a rugged Otterbox case, something thin and clear, or a kickstand case we have you covered in our roundup below. 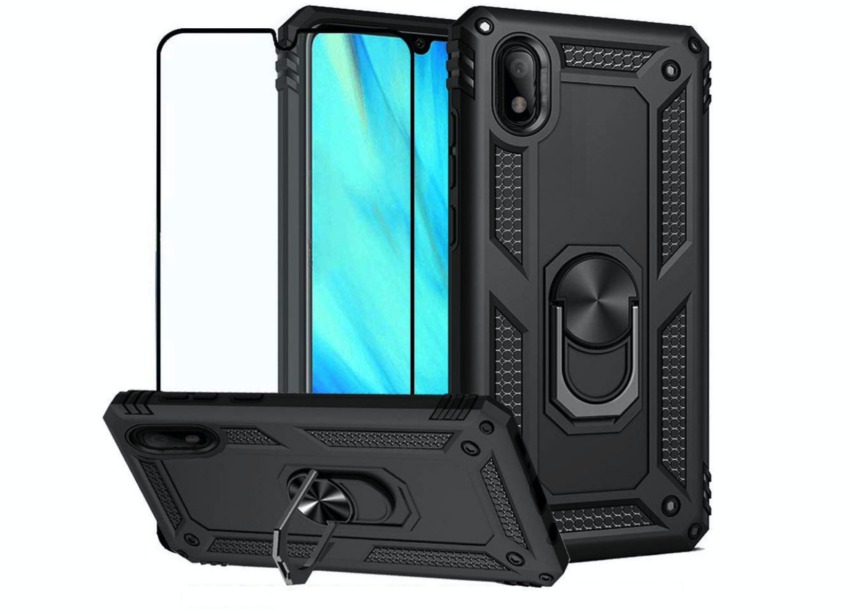 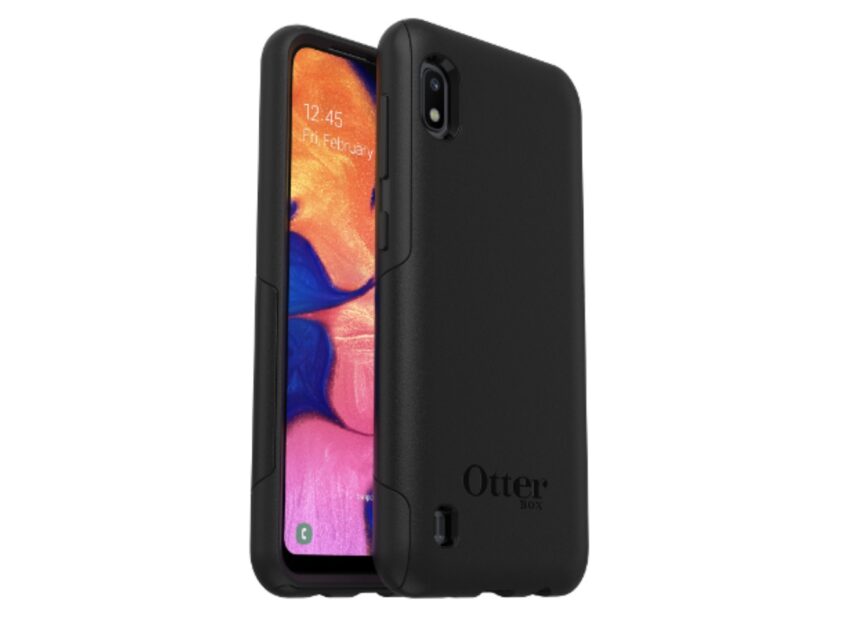 The first case on our list is the Otterbox Commuter Series Lite case for the Galaxy A10. If you’re on a tight budget and can’t afford to replace to repair a broken phone you’ll want a case that’s extremely tough and durable. That’s where Otterbox comes in. And while it’s a little big and bulky, and makes the phone a bit thicker, this case is very rugged and can handle life’s daily hazards.

Otterbox makes some of the best cases on the market for overall durability, and the Lite series isn’t quite as bulky as traditional Otterbox cases, while still keeping your phone safe. Just make sure you get the version that fits the Galaxy A10 and not the A10e, as they’re not the same. 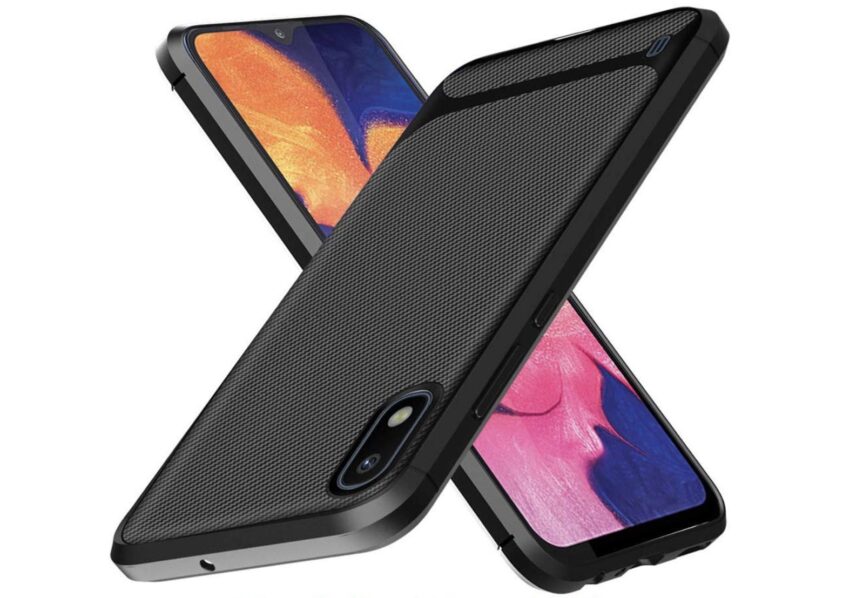 Buy it Now on Amazon for $7

Most of the general public loves big, bulky, rugged cases like the Otterbox. However, if you’re like me and want something a little thinner, easier to hold, and easier to put in your pocket you’ll want a thin TPU case like this one. The DagoRoo Flexible TPU case is made from a flexible yet tough hybrid rubber and plastic material that’s extremely protective.

TPU cases are shock-resistant and usually very thin. DagoRoo uses two layers of TPU for added durability, reinforced corners, easy to press buttons, and a nice texture on the back so you’ll never drop your slippery phone. Grab one today in several different color options.

Buy it Now on Amazon for $9

Next up is a case from BestShare that has a little of everything for only $9. With this case, you’re getting a full 360-degrees of protection including a screen protector, and a built-in kickstand or finger mount all for one low price.

This case snaps together front-to-back and completely keeps your phone safe. The little ring on the back is like a popsocket, but can also fold out and be used as a kickstand for hands-free movies or watching the latest Netflix series. They’re using a soft TPU inner shell to keep it safe from drops, then a hard polycarbonate plastic outer layer which ensures this is one tough yet lightweight case. 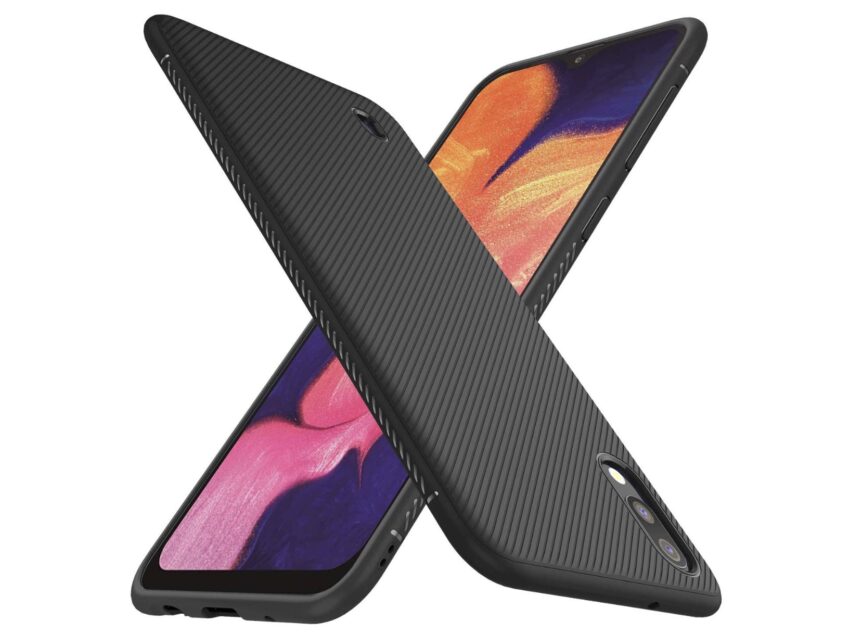 Buy it Now on Amazon for $9

KuGi makes some of our favorite cheap cases, and this one is no exception. The KuGi Galaxy A10 case is a simple, sleek, thin case that’ll get the job done. There’s nothing special here, but that’s the point. It’s lightweight, flexible, has raised edges to keep the camera and screen safe, yet is thin enough to easily put in your pocket. All at an affordable price.

KuGi does a good job at making sure the buttons are tactile and easy to press, too, which is something a lot of cheaper cases struggle with. Then, we love the textured wavy non-slip matte finish on the back. 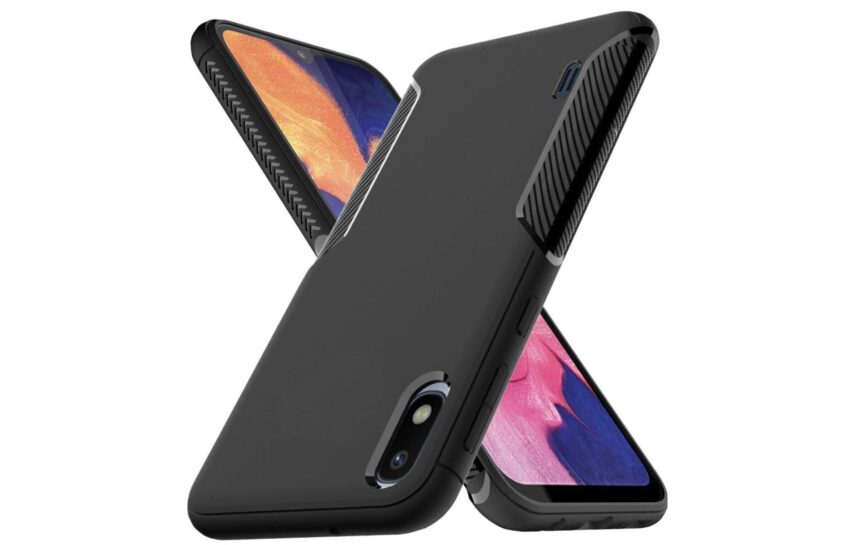 Buy it Now on Amazon for $8

Last but not least, for now, is the Hybrid Defender Carbon Fiber case from Ferilinso. It’s a slim and lightweight TPU case that’s flexible and easy to install, while still offering lots of protection. They use a popular “air cushion” technology on the corners of the case, which helps keep your screen safe from drops or accidents.

This case has raised edges that wrap around the screen and the camera to keep them both safe. Then, they use a tactile non-slip matte finish on the back with a dot-finish that’s scratch resistant. We also like the little carbon fiber accents that make the phone case not only durable but stylish too. It’s a great all-around case worth trying.

Buy one of our recommended cases and keep your phone safe today. Then, we’ll look for and test new cases throughout 2020 and share all of the best ones here.