Here are five details you need to know about Black Ops 3 right now. Later this week we expect a huge reveal of Call of Duty: Black Ops 3 information, but there are some important steps you should take right now to make sure you are ready for that information and info on how you can play Black ops 3 early.

The Call of Duty: Black Ops 3 release date is in November, but Treyarch and Activision are full bore into the Black Ops 3 hype train with specific sessions at Comic-Con 2015 where we will learn about the new Zombie mode and finally see information about the Black Ops 3 Collector’s edition.

Check out the latest Black Ops 3 details that gamers and fans need to know, especially if you really want to play Black Ops 3 early.

Play Before the Call of Duty: Black Ops 3 Beta

You can play Black Ops 3 early, before the beta if you are in San Diego.

The Black Ops 3 beta starts in August on PS4, but you don’t need to wait that long to play if you are at Comic-Con or willing to travel. On the Activision blog, the company outlines the first chance that the general public has to play the Call of Duty: Black Ops 3 multiplayer.

“What’s more, fans who didn’t get the chance to attend E3, will have the opportunity to go hands-on with Call of Duty: Black Ops 3 multiplayer at the PlayStation Road to Greatness tour bus.”

From Thursday July 9th to the end of the day Saturday July 11th the PlayStation Road to Greatness tour bus will be across from the convention center at 450 Second Ave, San Diego, CA, 92101 for fans to play Black Ops 3 early.

The biggest part of the Call of Duty: Black Ops 3 Comic-Con experience is a Black Ops 3 Zombies reveal trailer with a big cast and a lot of new information about the Zombies mode.

Comic-Con attendees who are at the event will be able to get limited edition Zombies memorabilia that will not be sold anywhere else.

Starting Thursday anyone in San Diego can experience the Call of Duty: Black Ops 3 Escape Room Challenge, even if you aren’t attending Comic-Con. Activision describes this as, “Escape Room Challenge tasks groups of survivors with solving a series of puzzles in order to escape a locked room before time runs out.”

“When it comes to what we were going to do next, it was obvious in our minds that we had to go on to [Black Ops] 3. We had to go on. We have this thread and we’re moving through with these concepts. I look forward to the interviews after we finish 3, talking about the whole trilogy and what we’ve been talking about and what we’ve been doing. As we’re coming into 3, we’re playing with these ideas, these nuances, these larger concepts. It’s just nice that it can come to a place and all be connected to the previous two chapters. The first one being about corruption of man. Second one was more about the geopolitical landscape. The third one is essentially an extension of that world and a combination of the previous two.”

If you are curious about how the team reached the point in time that Black Ops 3 takes place and what the story can deliver you absolutely need to read this interview. 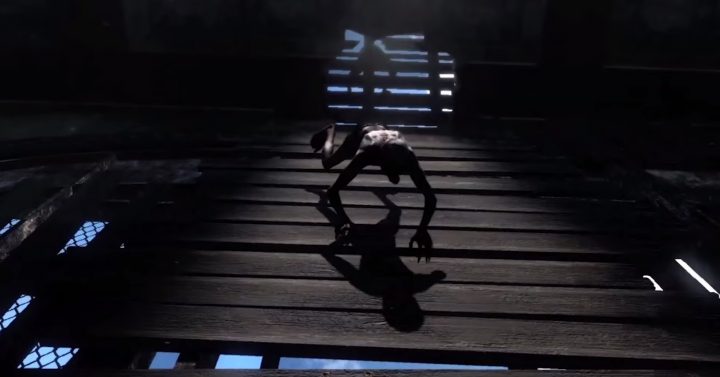 Expect a lot of Call of Duty: Black Ops 3 details this week.

The Call of Duty: Black Ops 3 perks can give you an edge in the Black Ops 3 multiplayer and alter your style of play by giving you perks that make you more powerful, stealthier or simply adding an edge.