We’ll walk you through the most important Black Ops 3 settings to change to give yourself and edge without cheating in Call of Duty: Black Ops 3.

Treyarch builds in a lot of customization that allows users to change the sensitivity of the game, change control schemes for better control of your player and other smart changes you can make to get an edge.

You can change just a few Black Ops 3 settings and you will be a better player. We’ll focus on the Call of Duty: Black Ops 3 changes you need to make on PS4 and Xbox One, but you can make similar changes on the PC and on older consoles as well. 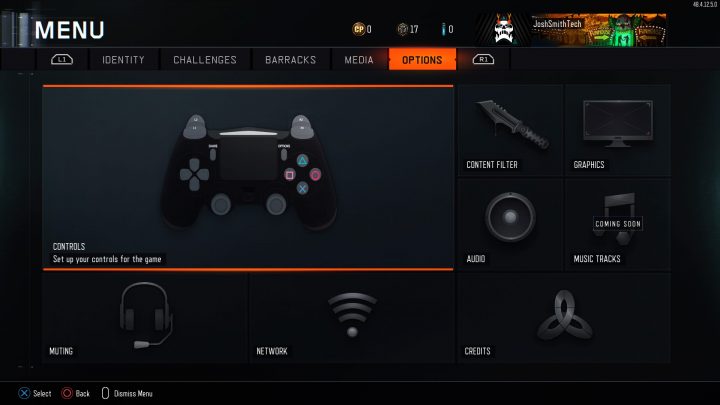 The Black Ops 3 settings you need to change.

It may sound outlandish to think that you can be a better Black Ops 3 player by changing a few settings, but it can really make the difference in how well you play. If you can’t adapt to a new way of holding your controller you can check out the Xbox One Elite Controller or a Scuf 4PS controller with paddles on the bottom, but those are pricey options.

Here are the settings you should change in Black Ops 3 to become a better player on Xbox One or PS4. 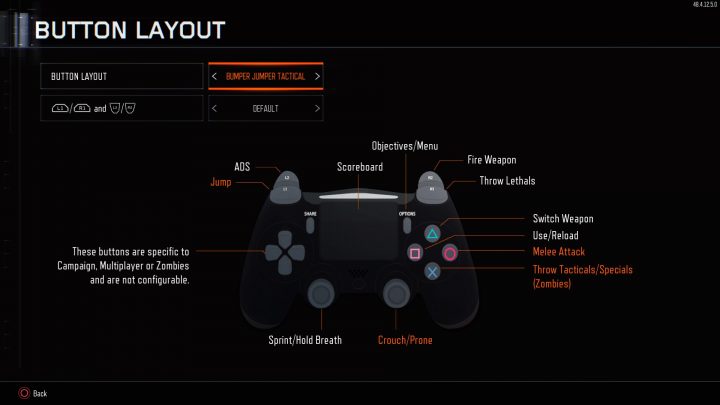 With the Bumper Jumper or Bumper Jumper Tactical control scheme you can now jump without taking your thumb off the right stick. This allows you to jump using LB or L1 and keep your thumb on the stick so you can aim and fire better while moving. If you are often killed because you can’t aim and jump at the same time this is a great option. This also changes the slide control to a push on the right stick, and shifts melee to the Circle on PS4 or B on PS4.

This takes some time to get used to, but it has helped me play better on PS4 after using the paddles on the Xbox One Elite Wireless Controller to handle jump and crouch. It’s not a complete replacement for paddles, but it is still a nice change to make. 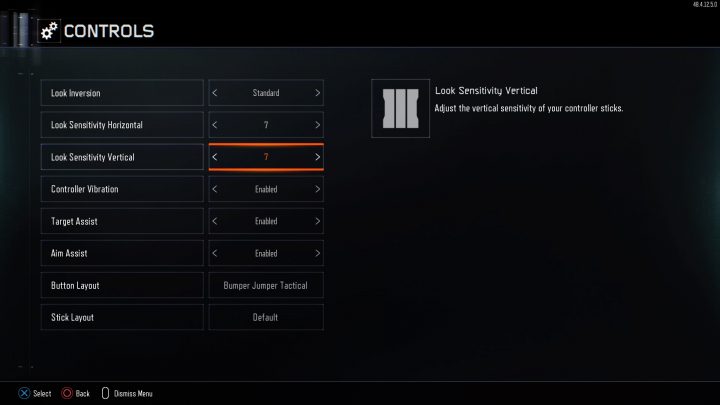 Change the look sensitivity if it feels like you look around to slow or react to slow, but don’t go too high.

There is a fine line for look sensitivity. Too high and you’ll look around the map like a squirrel on Red Bull, but to slow and you’ll feel like a sloth who hasn’t slept in 4 weeks.

Play around with both the horizontal and vertical look sensitivity options until you find the option that fits your playstyle, controls and reaction speed the best. 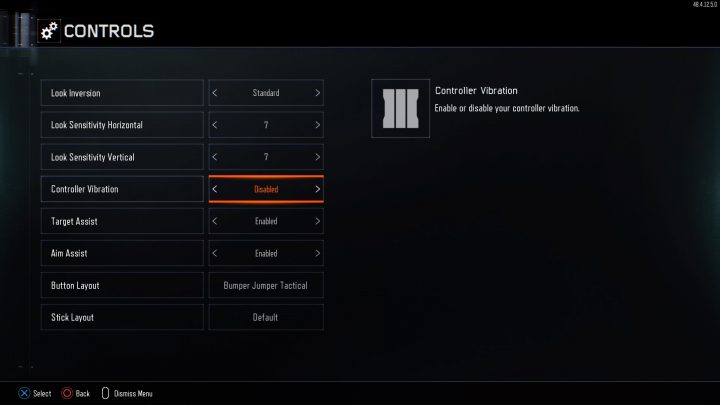 If you buy a premium controller you may opt to have rumbles removed for a lighter controller, but also to prevent any vibration from ruining your aim.

You can simply turn off the vibration in Black Ops 3 settings to get a small edge. Keep in mind you will need to be more aware of when an enemy shoots at you since you won’t get a vibration alert. 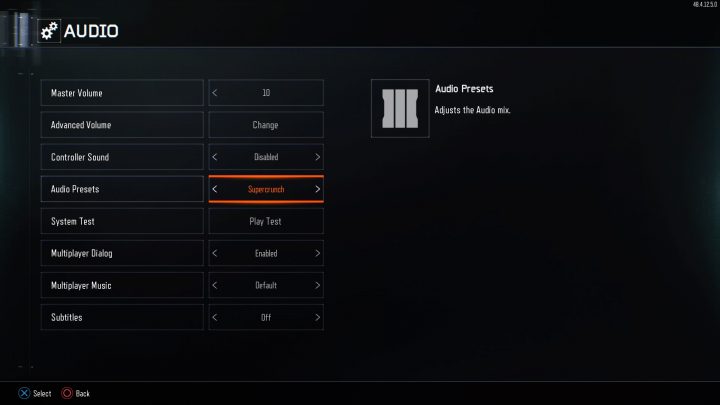 Plug in a good pair of headphones and then go to settings to turn on Supercrunch if you want to improve what you hear from enemies in the game. Even though Treyarch nerfed the Awareness Perk combining Awareness with headphones, like the Astro A50, and Supercrunch is a way to get an edge. 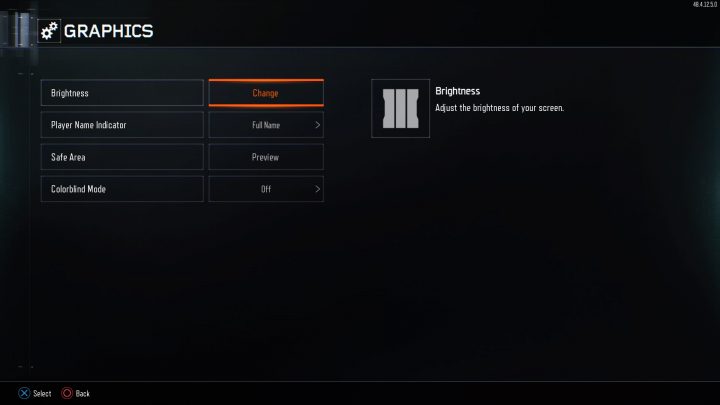 Change the Black Ops 3 display settings and turn on the new Colorblind mode if you need it.

If you have trouble spotting other players make sure your brightness is set up correctly and it is also important to make sure the safe display area is set up for your TV. There is also a new option to turn on Colorblind mode in Black Ops 3.

Mute All Other Black Ops 3 Players 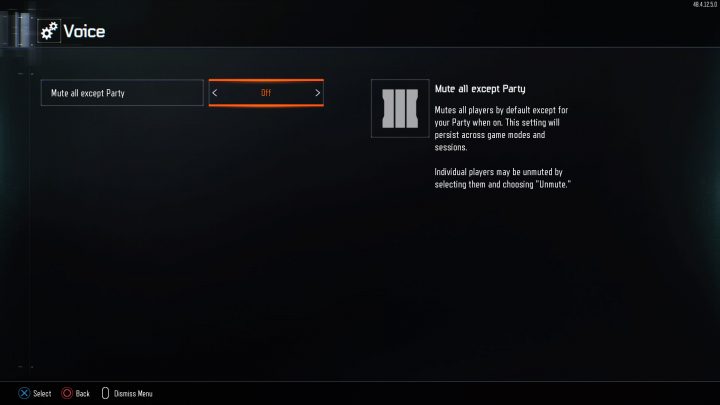 If you normally play in a party, you may want to mute all other players by default.

Instead of muting noisy and annoying players in the middle of a game or in the lobby, you can turn them all off by default. This is great if you are in a party, but if you play alone we leave this one open since there are occasionally other players who actually talk about positions and strategy. 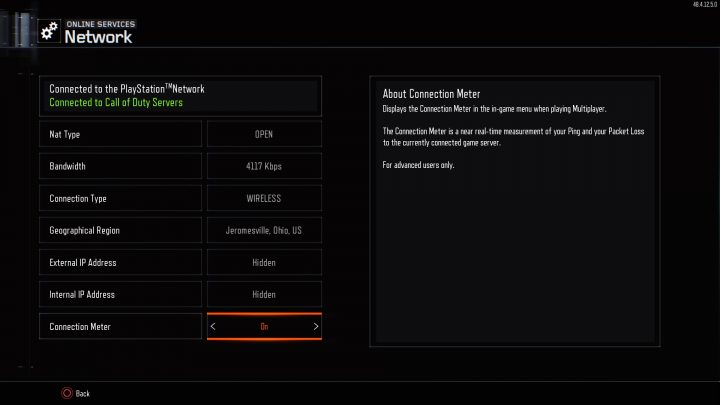 This can help you identify the cause of Black Ops 3 lag, if your network has issues.

One of the biggest Black Ops 3 problems is lag and latency. A lot of this comes down to your Internet connection and home network. We normally play with a Wired connection, but we are testing the new Netgear X4s to see how well we can play with a Wireless connection on a separate floor of the house. These stats help us identify issues in a game.