Call of Duty Mobile is one of the hottest mobile game around, and if you’re just getting started you’ll need some help. These are some quick Call of Duty Mobile tips for beginners. Suggestions that will help you get prepared for battle and put you on the path of victory.

Whether you just downloaded the game and are looking for help and some advantage, or you’re up to level 10 but are suddenly having a hard time winning, we’re here to help.

Until about level 7, you’re facing bots and not actually playing real people. Which is why it’s easy to rack up kills and be the MVP. Around level 8-10 it’ll get more difficult, but those first seven rounds will help you hone in on your skills and the game controls. Then, try these tips to take your skills to the next level. 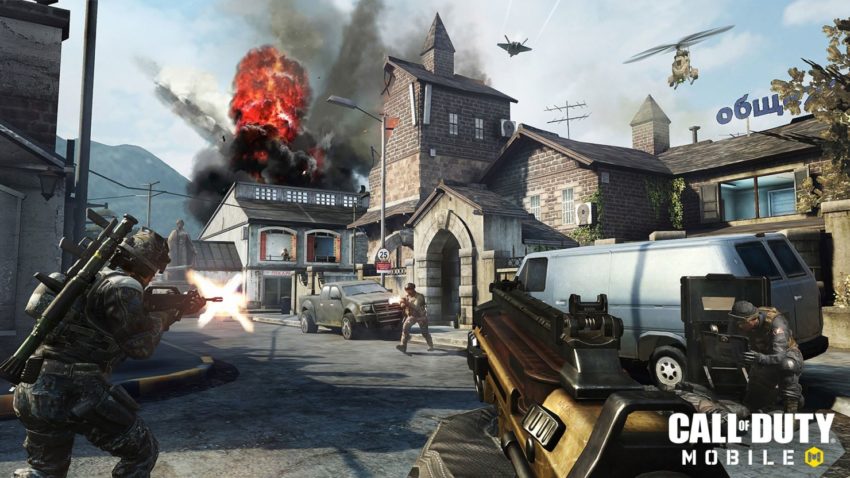 Some of these might seem obvious, but the smallest of changes can make a big impact on your gameplay, whether you’re a beginner or a player at level 20.

Being a touchscreen mobile game, how well you can aim and control your character is one of the single most important aspects in Call of Duty. Choosing the best aim and shoot preference that fits your style and skill level will be the difference in winning vs losing.

The initial game tutorial will take you through a shooting range where you’ll learn the basics of movement and aiming mechanics on mobile. Try both the basic and advanced shooting mode. Then, we recommend trying them both again in live “multiplayer matches” until you know which one you like. Remember, until up to level 7 you’re still playing bots, so don’t worry about going in with a different aim mechanic and getting destroyed. You’ll still face silly targets that stand in the open and run like goofballs.

More importantly, you’ll also want to change your layout in settings to fit your style. You can hide the on-screen buttons, like the aim and fire key, yet still use it. The game simply takes it off the screen so you can better see enemies and the battlefield. We recommend learning the layout, then hiding as much as possible.

And finally, any COD player should know all about the loadout. For you beginners, this is what weapons, attachments, and accessories you go to battle with. As you progress, you can have five different loadouts. Customize these to have the weapons you need the most, or can be the most deadly with. Bonus tip: You can change your loadout between deaths, not just matches. So, if you need to switch up and be a Sniper for a few minutes, do it.

Once you play a few rounds you’ll start unlocking weapon upgrades, red-dot sights, grenades, extended magazines and other goodies. Plus, you can be like everyone else I’ve faced today and buy upgrades and extras for a little advantage. Whether you buy or earn upgrades, take advantage of them immediately.

As you win, sign in daily, and get killstreaks you’ll earn XP and XP cards. Head into your “loadout” near the top left of the screen and customize everything you have. Be smart with your upgrades and add anything beneficial right around. On the flip side, be smart and don’t just spend all of your XP at once.

During the early phases we recommend saving XP and only adding what you feel you need. Like grenades and a better scope. Then hoard XP until you know exactly what you want and need to succeed and be a deadly marine or sniper. Once you do, spend a bunch to maximize your performance and weapons.

Personally, I switched to a Sniper rifle early and took advantage of beginners who aren’t moving enough and still getting used to the controls. What a blast.

Like any Call of Duty game over the last several years, the best players or those with a hot scope get rewarded for their excellent play. If you kill enough people in a row you’ll get a killstreak — or a scorestreak — and when you do you should use it almost as soon as possible. 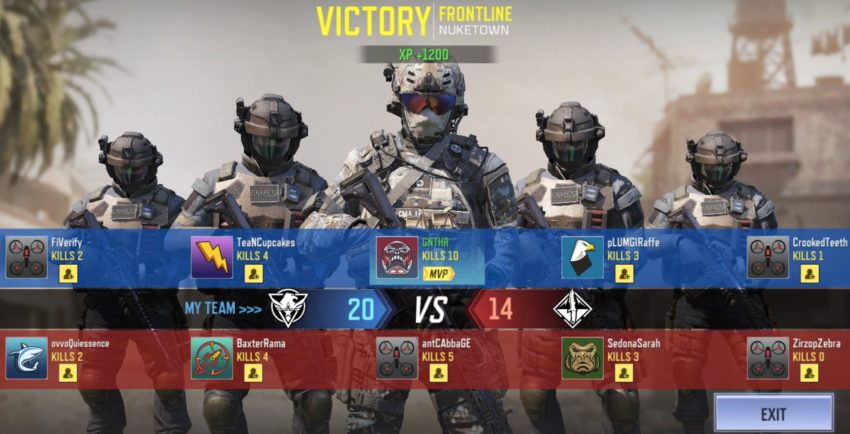 Unlike regular COD games, Call of Duty Mobile multiplayer matches can end incredibly quick. Early on I had a few moments where I was unable to get to safety and use my killstreaks or predator missile to wipe out the other team. One time the match ended, and the other I waited too long and got killed.

Basically, if you get a killstreak you should seek shelter or the cover of teammates and use it quickly before it’s too late. Take advantage of everything at your disposal, including these game-changing killstreak airstrikes. They can turn the entire battle in you and your team’s favor!

Any good gamer knows exactly what to expect from the battlefield. Where they can safely reload, scout and the know the best area to stay covered yet get a few headshots. As we said earlier, the first few rounds aren’t against real people so take the time to LEARN the map you’re playing. Then, learn every map. 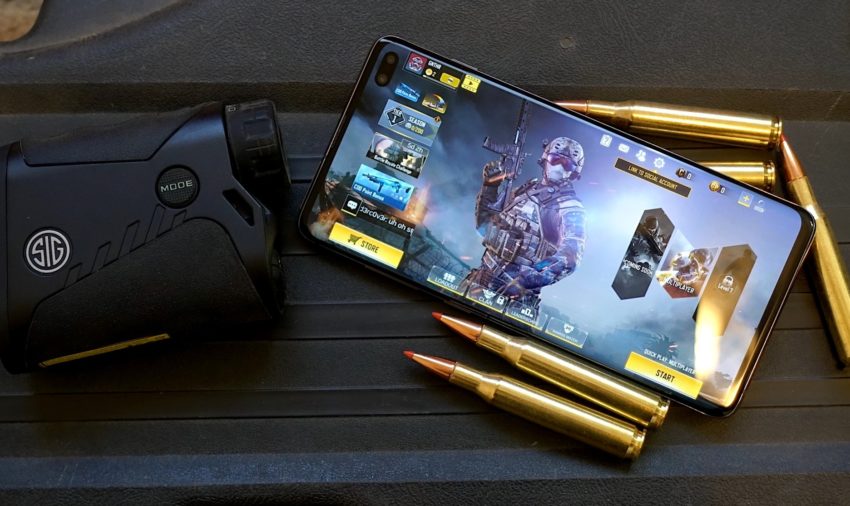 Remember where you spawn and good hot spots

Luckily several of the 9 maps in Call of Duty Mobile are recreations of fan-favorites in early games, like Nuketown, so you might know them pretty well already. If not, take time to learn all of the maps so you can exploit open areas to rack up kills, earn streaks, and destroy the competition.

Practice makes perfect, and that applies to this game just as much as any game or sport. Everything from where the enemy spawns after they die, which direction they typically come from, and where the best “camping” spots are. Know all of this, take advantage of that knowledge, and get some headshots.

This last tip is something we just assume everyone already knows, but if you’re a beginner this will take you a long ways in getting better, especially in FPS shooter games. With fast-paced shooter games like Call of Duty the last thing you want to be is predictable. If you run behind a bus, don’t come out the other side at the same speed. Stop, wait, and maybe even turn around and go back out the other side. Do not be predictable.

Basically, the key to success early on, and forever, is to never stop moving (unless you’re a sniper) and make yourself a difficult target. Move around often, crouch, get behind obstacles, and never ever be predictable. I get so many headshots because I simply know exactly where someone is going to run, or what they’re about to do.

Think about what the enemy sees and thinks before you walk around a corner, or go into a building. Be sporadic, run from side to side, and stay unpredictable. Don’t be an easy target, and that’s all you really need to know to get started.

This next tip might sound silly, but it makes a HUGE difference when it comes to games like Call of Duty Mobile, Fortnite, or any shooter. In Call of Duty Mobile you’ll want to listen to where a shot comes from, not just that someone fired a gun. That will help you know where you should or shouldn’t go.

Not to mention listening for footsteps, people in houses, and all types of different sounds in the game. After a few days, you’ll get very familiar with these sounds and can use them to your advantage. That’s why all the pros wear headphones. It’s not just for their stream or YouTube video — but for a tactical advantage. Also, the soundtrack for the game is pretty amazing too.

In closing, we wanted to mention a few other things that should help you learn, grow, and master the all-new Call of Duty: Mobile game. For one, don’t shoot from the hip or while moving. What this means is you never want to just randomly fire at targets, as you’re not as accurate. Aim or crouch, and for a short moment stop moving. Take your shot, then quickly take cover.

Remember to sign in daily for rewards, bonus weapons, and extra XP. You can also communicate with your team (or mute them) or even join a clan for a better experience and more XP points. With 100 million installs and growing, you’ll need all the help you can get.

Make sure you dig through all of the menus and options because there are a lot of them. Maximize what you see on the screen, your loadout, and everything you need to be successful on each and every mission. And finally, if you’re playing Battle Royale mode it’s best to stick with your teammates, revive anyone that gets knocked down, and use your heals. More importantly — have fun!