The search for a decent Android Twitter client just ended with Carbon, the new app that offers a lot of features with a simple interface that’s intuitive, discoverable and attractive. The only thing we’ve found to dislike about Carbon so far: the app only works on Android phones. Tablet users should move on, there’s nothing to see here.

People who prefer light-colored or colorful Twitter clients should also move along. But most of those people should reconsider their opinion, since darker-colored apps take up less battery life. That’s because the screen doesn’t need to turn on the juice-sucking pixels on larger Android phone displays.

Despite the dark interface, it still looks really nice thanks to what each tweet includes. 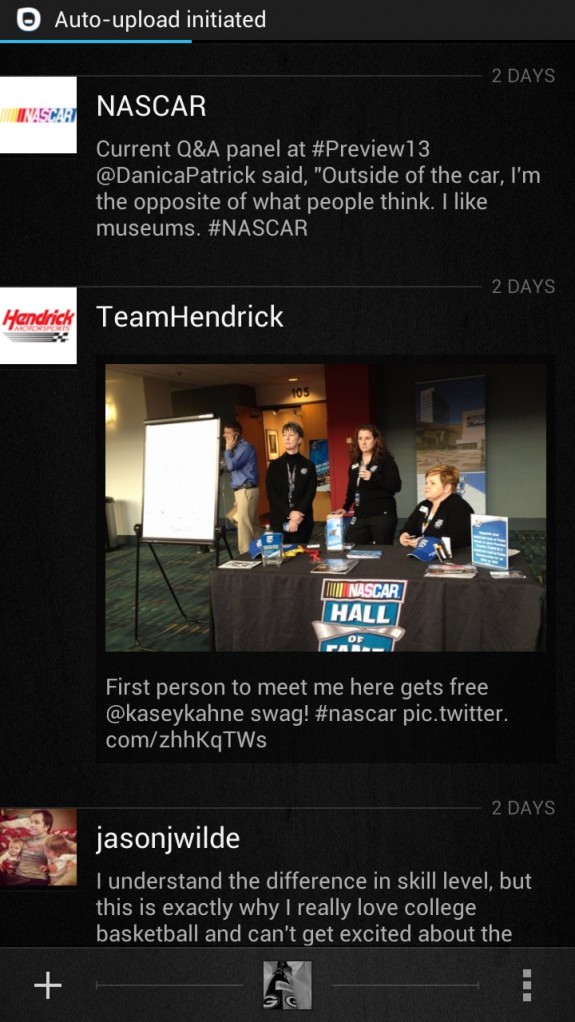 The basic interface lets users pull down the screen to update their stream of tweets. Instead of the rubber band snap, Carbon rocks the screen back in place. It looks inventive and interesting, and avoids one of patents Apple used to sue Samsung. 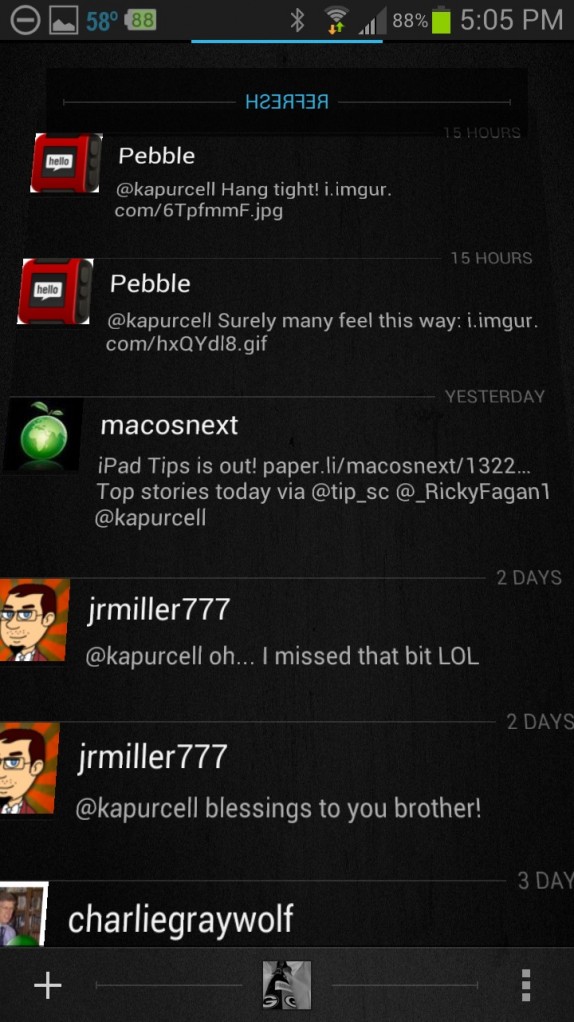 At the bottom of the screen the user finds a plus icon to add a new account, the account’s avatar icon and the settings menu button.

To interact with an individual tweet just tap it. A new screen shows up with options for retweeting, starring as a favorite. There is also a menu for copying the tweet itself, one for a link to the tweet, and one for sharing the tweet via the built-in Android share feature. 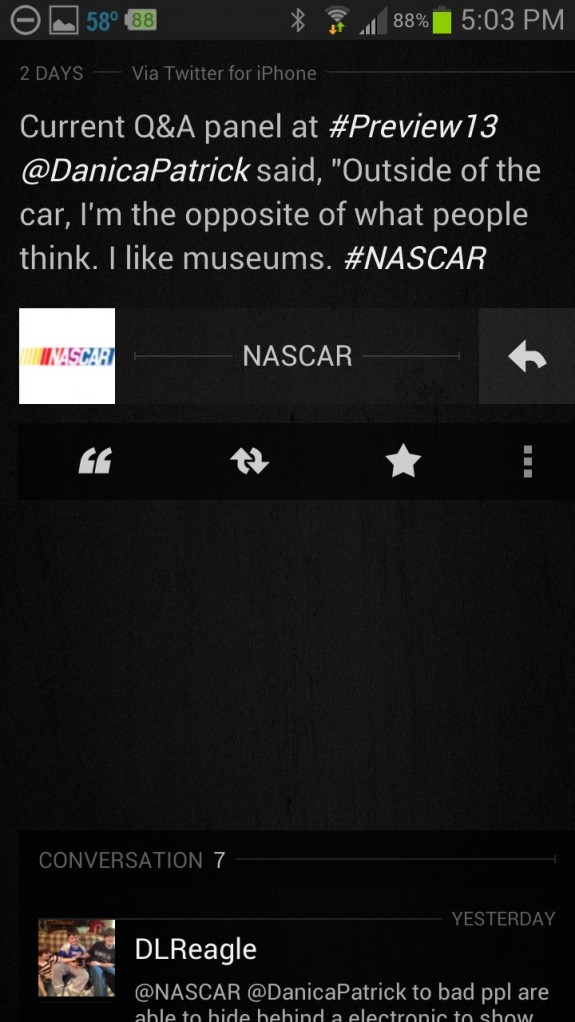 The user information screen shows off pertinent user data, including account information, stats and lists from that user. 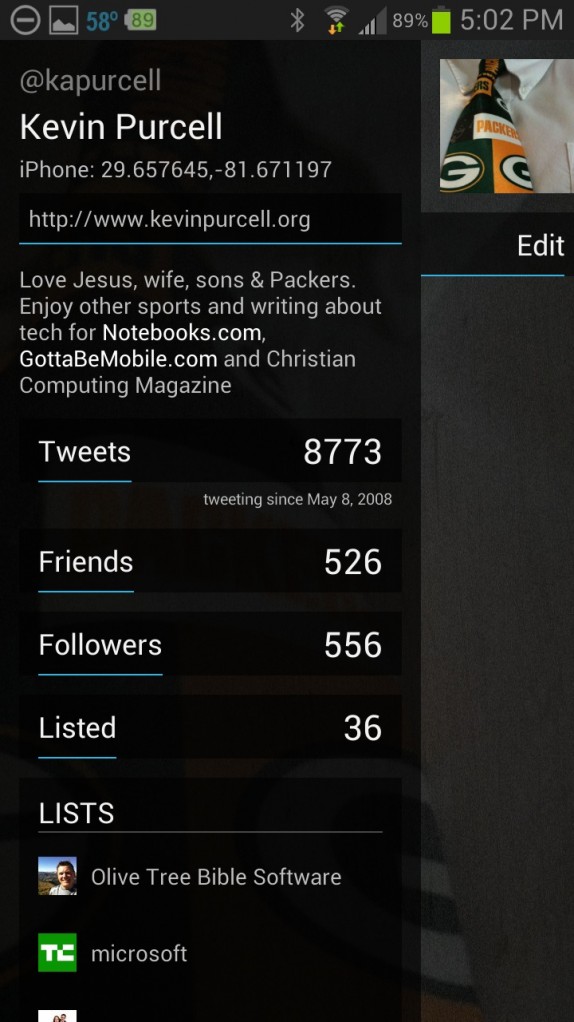 We love the Carbon Twitter client for the following reasons:

Sadly, Carbon does not run on tablets yet. The Google Play store lets tablet users install the app, but when we launched it, here’s what we saw. 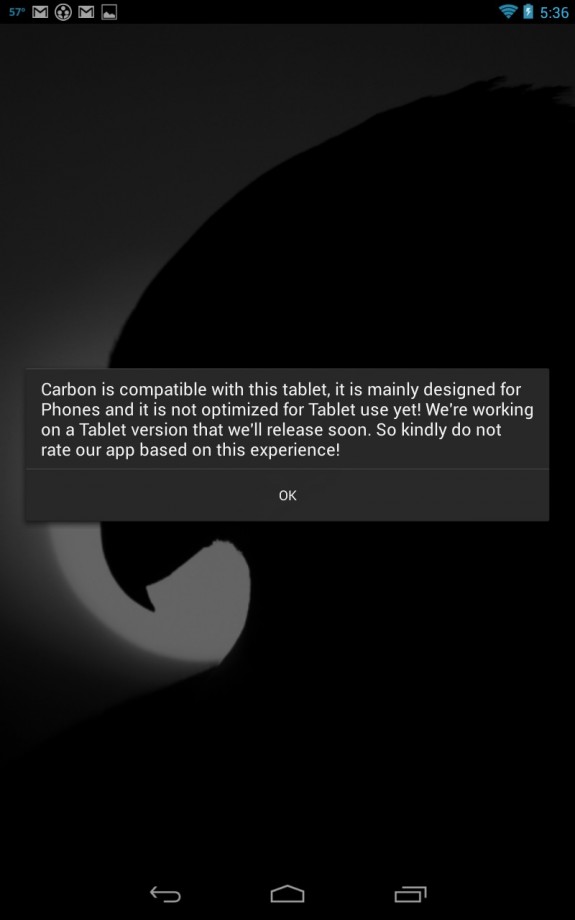 The screen we see launching the app on Nexus 7 Tablet

We’re guessing they didn’t keep us from installing it so that we can keep it on the tablet, and this way get updates which should turn on tablet support eventually. Until then, it is for phones only! What a shame. We love the app and want to run it on every Android device we own.

Despite the lack of tablet support, Carbon comes to the Google Play Store (free) with a great first attempt. We look forward to seeing future improvements.