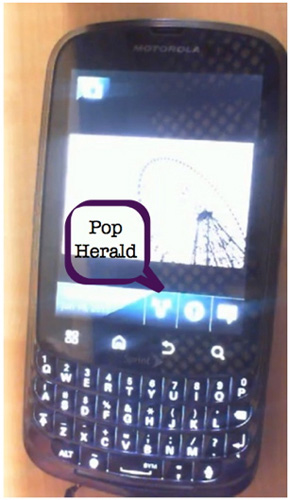 The leaked image shows a small Sprint logo between the screen and the keyboard portion, and the softer curves on this device may be targeted at BlackBerry Curve users, who are more budget-conscious and consumer-centric users of RIM’s smartphone platform.

Given that the Motorola XPRT for Sprint, which is essentially a rebadged version of the Motorola Pro (GSM international version) and the Verizon Wireless Motorola Droid Pro, has an HVGA display, this one may make due with a QVGA display. However, given that RIM is speculated to migrate its consumer-grade Curve to an HVGA display, the lower resolution of this leaked Motorola handset may look dated next to its competitor when and if it does launch on Sprint. If the QVGA display is true, then the device would compete in the same specs class as the eco-friendly Samsung Replenish for Sprint, which boasts a similar QVGA resolution and front-facing keyboard.