While Supercell recently released an all-new spin off game of Clash of Clans called Clash Royale, the company isn’t abandoning the original. In fact, a huge Clash of Clans update is coming in March or early April with major changes to Clan Wars, adding a new troop for Town Hall 10, and more. Here’s what players need to know.

Back in February we learned about a big Clash of Clans 2016 update coming in March, but now the company is sharing more details and being very transparent about its plans moving forward.

Clash of Clans now has over 100 million daily players, and is one of the most popular mobile games on the planet. As a result millions of players want to know what’s new and coming soon, what’s changing, how they plan to fix Clan War mismatches and more. We have all the details below. 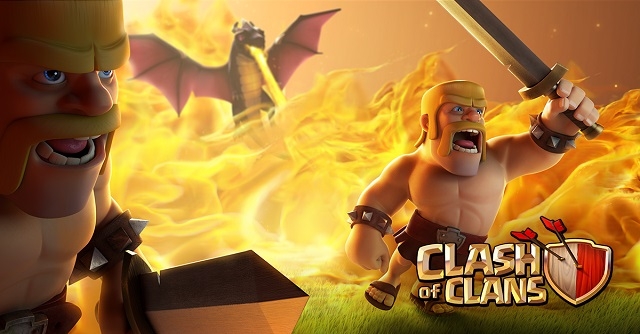 In February Supercell, the developers behind the game, shared some important details on Facebook. Confirming there will be a big update in March or April aimed at adding more features, fixing problems, and adding additional troops for Town Hall 10 players. Town Hall 10 was the max for a long time, but was recently replaced by TH11 and is completely outmatched.

The next update will introduce multiple new features, unlock another Dark Elixir troop or two at Town Hall 10, and more. However, that’s not the latest news. Last week Supercell made a major announcement on its forum about Clan Wars. As we all know, Clan Wars are a mess. Clans are often outmatched, facing very heavy armies that aren’t fair, rushed bases that look weak but have Inferno towers, and it’s becoming less fun. This update aims to fix that and more.

Recently Supercell’s lead Moderator and spokesperson Anoushka revealed a big revamp to Clan Wars is coming soon. Loads of under-the-hood changes will be made in an effort to make Clan Wars fun, competitive, and fair.

The entire matchmaking system has been overhauled to find better matches, even fights, and even pair clans that are on a loosing streak with other clans on a loosing streak. Not to mention wins will be taken into account. That way a 30 War wins group won’t be fighting a level 8 Clan with over 130 wins. That just isn’t fair, nor fun. Here’s the changelog:

The changes coming to Clan Wars matchmaking are as follows:

A detailed explanation of what much of this means can be found here. Essentially the developers will be putting more emphasis on defensive units, and big units. So now a Town Hall 10 can’t have Town Hall 8 everything, but add Infernos. It will be matched against smaller opponents, but win because the huge Inferno towers.

Every detail, powerful defense, and more will all be considered during the matchmaking process. There will also be last minute team-vs-team checks to ensure the match-up is fair. This may cause matchmaking wait times to increase, but it will be worth it. Here is additional information.

According to Ash this will be a very welcomed update for Clash of Clans as a whole, and for the Clan War community. He explains that upgrading certain aspects of a base, but not the rest, will be crucial. Called a .5 system. Like a Town Hall 9.5 that has strong offense, but not defense. Allowing for a better match-up during war vs another Town Hall 9.

From everything we’re hearing it looks like Clans of Clans will be getting at least two big updates in the next few months. The first is rumored to arrive sometime in March with a new Town Hall 10 Dark Elixir troop, matchmaking improvements in Clan Wars, and other small things. Then over the course of the next few months more and more improvements will be made to refine Clash of Clans as a whole, not to mention the entire Clan War experience.