The CyanogenMod Team, those wonderful hackers who help to make Android so much better on dozens of devices, turned their attention to the HP Touchpad. Their work brings new life to a previously “sort of dead” device by porting Android to it.

Thanks to a $2,300 reward by HackNMod, there are plenty of people working on getting Android working on HP’s defunct tablet. However, the CyanogenMod Team claims they don’t care about the reward, but would rather take their time to get it right.

Currently the team has an Alpha version available with LVM working to manage storage, 2D video acceleration coming soon, and touchscreen drivers in the works. They hope to add the ability to dual-boot into either Android or WebOS at startup at some point. 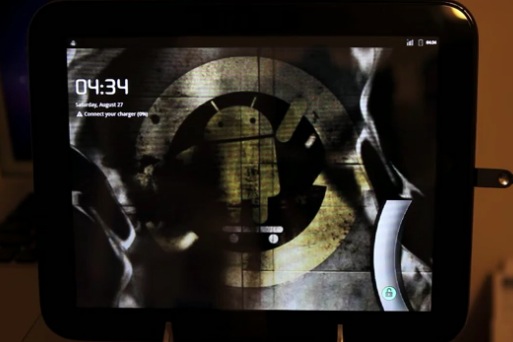 The team provided a video to show off early work, however, they didn’t release a working build to the general public yet. Expect it soon, maybe before HP drops the second manufacturing run of the tablet they surprised us with yesterday.

The team would be able to create a working version of CyanogenMod for the Touchpad quicker, but they do not have enough tablets for their team. In the statement about the port, the team requested 4 Touchpads in order to make this work faster. A few commenters posted that they’d loan their Touchpad to the team, but the team replied saying loaning isn’t an options since they have already “killed off” a few Touchpads in the process.

Here is the full text of the statement posted at RootzWiki:

Hey Internet/RootzWiki–Here is some (older) touchpad progress from Friday. The Cyanogenmod team wanted to share it with the public as a blatant publicity stunt to bring attention to our need for a few more touchpads (for developers currently working without them).As you can see from this quick demo, we’ve been working hard and have made progress. Since this video was created last week, the build has been more “tabletized” (tablet tweaks added, etc.), lvm support has been added, and 2d hardware acceleration should appear very soon.The touchscreen driver issue is now the focus of our attention.Our ultimate vision is to create a *multiboot* solution where the end user will be able to boot into WebOS, Cyanogenmod, and/or other OSes. This appears to be very possible, and we have discussed several potential implementations with our new friends in the WebOS development community to make it easy for an end-user to set up.For the moment though, we need about 4 tablets, as we have talented and experienced developers who cannot contribute effectively due to a lack of hardware. If you have an extra touchpad and are willing to help the cause, please let us know in the comments below.

A BIG CAVEAT– PLEASE DO NOT ASK FOR ETAS. For the uninitiated, this is the #1 rule for Cyanogenmod. It will certainly be a long while before our goals become reality. Our goals incidentally are not connected with any bounty– we are motivated to do it right, not do it fast.

And now the obligatory shout outs– Thanks to rootzwiki and all the devs and everyone else who are collaborating and contributing to this project. You know who you are, you.

PS- Yes, this is gingerbread (Android 2.3.5). Everything you see, except for bootie the bootloader (a great kid’s show btw), was compiled from source.