The December Black Ops 3 update is live on PS4 and Xbox One. Here is what’s new in the Black Ops hotfix 43.4.22.5 and the larger December patch.

This new Black Ops 3 update 4 rolls up the 19 Black Ops 3 weapons changes from last week, scorestreak changes and bundles in a collection of important changes to the Black Market, Cryptokeys, split screen, Zombies and more. The PC Black Ops 3 patch includes optimizations and bug fixes in addition to the other changes.

Shortly after the release a new December Black Ops 3 hotfix arrived to fix some problems with update 4. Black Ops 3 43.2.17.5 is now available with the following fixes, on top of the major changes below.

Treyarch released another patch for the December Black Ops 3 update that adds more aggressive booting for players who are inactive in the game.

It’s not clear what the Black Ops 3 zombies multiplayer changes are or exactly what the matchmaking tweaks are, but it could fix the lopsided matches some players are experiencing.

At the end of a Call of Duty: Black Ops 3 Double XP weekend Treyarch pushed live a new Black Ops 3 patch that includes a large number of changes. This brings the PS4 Black Ops 3 version up to 1.04.

The official December Black Ops 3 patch notes for the 12/14/15 update are now live and included in the closer look at what’s new below. 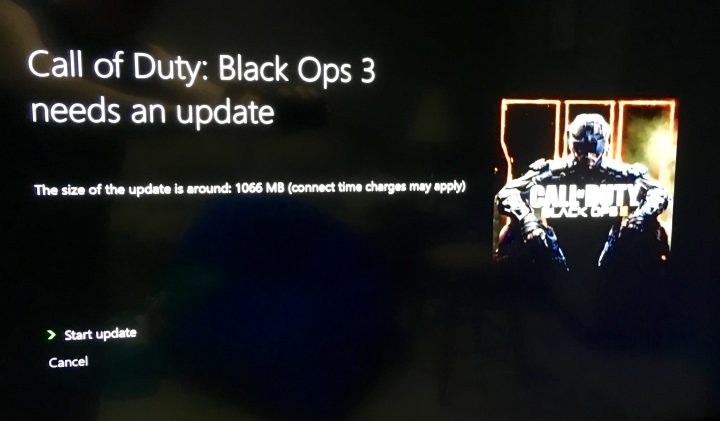 This is what’s new in the December Black Ops 3 update for Xbox One and PS4, and soon coming to PC.

This is a large update at almost 3GB on PS4. The Xbox One Black Ops 3 update for December is just over 1GB, but this may vary based on what previous hotfixes you’ve installed. Users on Steam report the PC Black Ops 3 patch is 680MB. 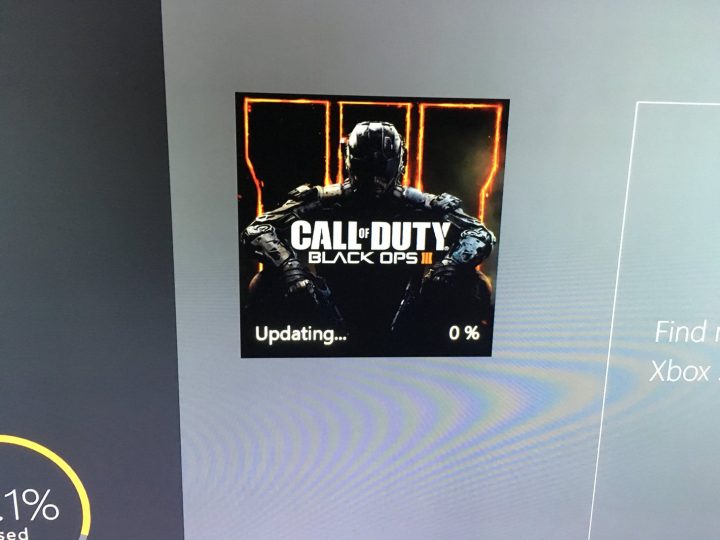 What you need to know about the December Black Ops 3 update that delivers the 1.04 patch to users.

When you login to play Call of Duty: Black Ops 3 on PS4 and Xbox One you may get a prompt to install the Patch 1.04, but it may already be installed depending on your settings.

The same should happen on PC when you play next. If you don’t see an update, you should restart Steam. @pcdev on Twitter, a Treyarch employee shares that this includes the changes from the Xbox One and PS4 updates as well as, ” More optimizations and bug fixes for PC.

The size of the update may vary, but this is a fairly large update, so it is a good idea to make sure it is installed before you try to sit down and play. We are already seeing reports of December Black Ops 3 update problems with users unable to download due to corrupt files.

Gamers need to install the December Black Ops 3 update to play online. If you do not install this you will not be able to join multiplayer games once it is available on your system. This rolls up many of the hotfixes from December including the weapons changes that were live over the weekend.

When you go to the secondary tab you will now see three new secondary weapons to choose from. These include a Wrench, Butterfly Knife and Bras Knuckles.

You need to unlock them from the Black Market, with Cryptokeys. You do not unlock them by playing and leveling up like other weapons.

With any melee weapon you can now use flourish and inspect animations.

This is a cool way to see camos and paintjobs in game.

The December Black Ops 3 update adds a new option to trade in duplicates that you receive in a Supply Drop on the Black Market for new Cryptokeys. After upgrading you can see recent items you received and “burn” items for Cryptokeys. You will also earn Cryptokeys faster.

There are bonus Cryptokeys included in some supply drops and there is new Specialist gear that users can unlock in the Black Market. There are also now reticles in supply drops.

Some users report that the Rare Supply Drop has a better chance of delivering Legendary and Epic gear.

This may be preparation for an option to buy Call of Duty points that you can use towards Supply Drops, rumored to start on December 15th.

You can now Quick Join friends who are already online and playing Call of Duty: Black Ops 3 after both of you have this new 1.04 patch installed. This will make partying up simpler.

If you play Call of Duty: Black Ops 3 split screen, the new patch reportedly delivers a better experience with better looking textures. The black bars are still there, but graphics look better. We’re waiting for official details or a comparison video. The patch notes also list fixes for split screen issues and bugs in campaign mode and Nightmares mode.

There is now an option to save custom game settings in Call of Duty: Black Ops 3 so that you don’t need to recreate crazy game modes each time you want to play.

The Call of Duty: Black Ops 3 Patch 1.04 includes a new match counter in the create a class or profile area. We’re looking into this more, but it may show you how many matches played with that weapon or class.

With the nee Black Ops 3 patch there are a number of small, but important changes to the Call of Duty: Black Ops 3 Prestige options and levels.

When you hit Prestige Master you can keep leveling up to level 56 and level 57 all the way up to 1,000 according to reports. 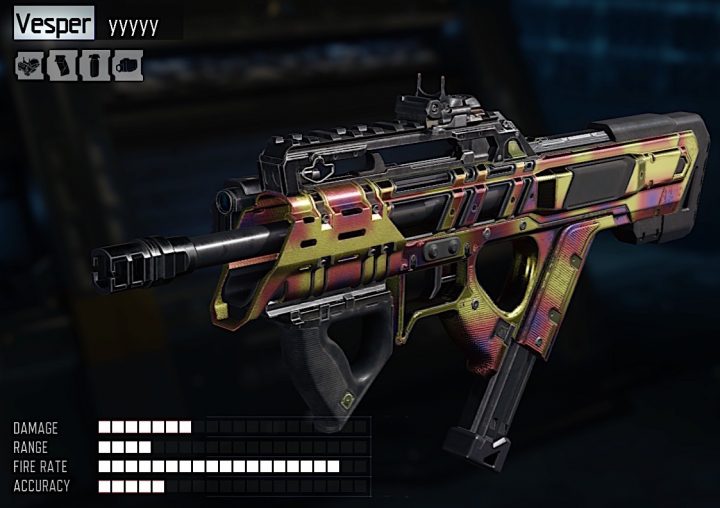 This is what you need to know about the December Black Ops 3 weapons changes.

The concussion grenade is nerfed with less stun time overall in this update.

Read more about the weapons changes and Scorestreak changes to learn about 14 weapons buffed and 8 weapons nerfed in this update.

There are many Scorestreak changes in the December Black OPs 3 update that make your scorestreaks harder to destroy and more damaging.

Check out the video above for examples, and the Black Ops 3 patch notes for December below for specifics.

The new Black Ops 3 update changes how you earn some perks and how well some of them work. You can use these to earn your specialist ability faster or get a scorestreak bonus when you start.

The Hard Wired perk will help you avoid detection better even against players who are using the Sixth Sense perk.

There are also some smaller Call of Duty: Black Ops 3 changes that you can see in the game. We expect to see more added when the official patch notes arrive. Here are the general changes and the General Gameplay changes added with the December Black Ops 3 update on Xbox One, PS4 and PC.