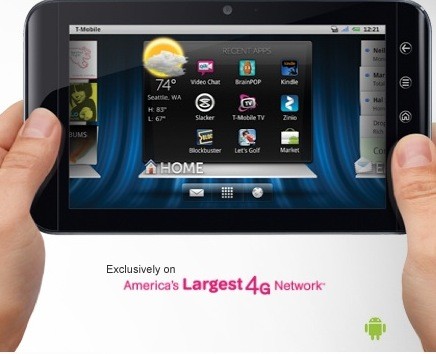 T-Mobile USA has gone on to set the record with its pricing for the Dell Streak 7 tablet. The U.S. carrier will be offering the NVIDIA Tegra 2-powered HSPA+ tablet for a low $200 on a two-year contract and $450 without any contracts. The Dell Streak 7, like the Galaxy Tab that it hopes to displace in the 7-inch tablet space, will be a data-only device meaning that there will not be support for voice calling, at least not without clever hacks.

The tablet debuted at the Consumer Electronics Show earlier this year. The device will launch with Android 2.2 Froyo, meaning that Adobe Flash 10.1 Mobile will be supported out of the box with the Tegra 2 dual-core chipset, along with Dell’s Stage UI overlay on top of the Android operating system.