Donut County is a fun, physics based puzzle game that stole my attention with simple gameplay, distinct graphics and a concept I can’t get enough of on PS4, Mac, PC and iOS.

While there are an array of characters in the trailer, you play as a hole in the ground. A hole controlled by a rascally racoon.

Your goal is to swallow up parts of the environment to complete tasks and solve puzzles. You are BK, a racoon that drives a whole around to frustrate his friends and take over Donut County.

I’ve been addicted to hole.io for months and this takes the mindless dash of that game and puts a fun problem solving spin on it. Best of all it’s available on a wide range of platforms. 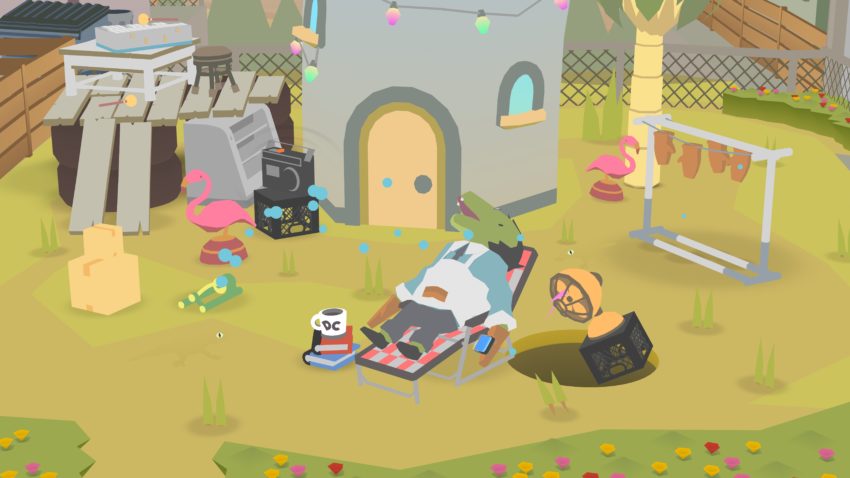 Donut County tasks you with solving puzzles using a hole in the ground.

Eventually you fall into your own hole and have to answer to the residents of Donut County and your friend Mira. From here you’ll be solving problems as you grow the hole and even throw things back out of the hole.

As you play the hole grows bigger and bigger, allowing you to swallow bigger things. You can catapult things out of the hole to return them or to destroy stuff.