With the HTC EVO 4G LTE release date now known, the HTC One X presumably becoming stocked again soon and the HTC EVO V 4G launching on Virgin Mobile today, that leaves the HTC Droid Incredible 4G LTE as the only big name smartphone without any sort of launch details to speak of.

Release dates for the device have been thrown around for weeks. We heard May 10th, we heard May 17th, and I even heard whispers about a May 23rd launch.

Obviously none of those panned out and given the issues that HTC had with U.S. Customs and Apple and it would seem as though the device may have missed its original launch date due to those, considering they happened on May 17th. 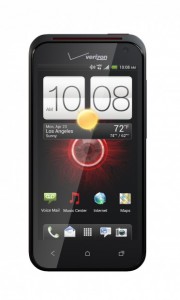 Problem is, Verizon, like AT&T, has decided to keep quiet about the issue. Sprint, on the other hand, has been extremely communicative with its customers.

I get the feeling that those looking to get the Droid Incredible 4G LTE were hoping for the same and I know for a fact that they deserve some type of communication for better or worse.

My point is, consumers deserve answers, especially because Verizon already announced the phone. And I think this is a phone that many people want to buy as it features 4G LTE speeds paired with a speedy processor and a unique 4-inch display.

I think we’ll hear something soon though because the One X, EVO 4G LTE and EVO V 4G have all been released from captivity and that bodes well for the launch of the Droid Incredible 4G LTE.

Anyone still buying the Droid Incredible 4G LTE or have you moved on?