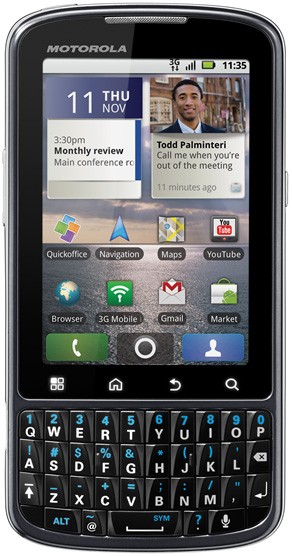 The identical twin to the Droid Pro still utilizes a front-facing keyboard and a BlackBerry-like form factor. It is an enterprise-centric handset with a number of Motorola security enhancements that will please IT administrators and will help Android make the push into corporate settings.

Unlike the Droid Pro, which utilizes what Motorola calls a widgets-based user interface, the Motorola Pro for Europe will be powered by MOTO BLUR, though both interfaces are nearly identical and provide similar features and functionality on top of Android 2.2, which provides support for Adobe Flash 10.1 Mobile on top of a 1 GHz processor.