Motorola made the announcement through its Twitter account, saying that the Droid RAZR HD and Droid RAZR MAXX HD Jelly Bean updates are now rolling out in phases to owners. This means that not every owner will see the update arrive today. In fact, the updates are likely going to be rolling out extremely slowly, keeping to Verizon’s standard roll out practices. 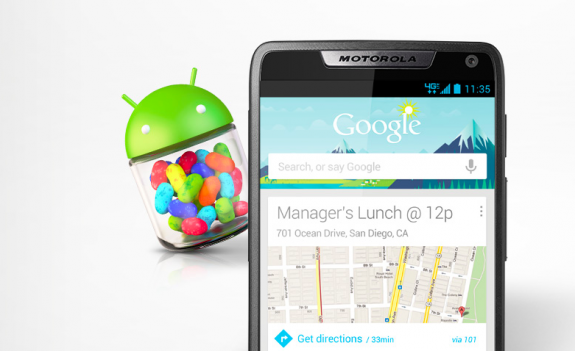 Typically, Verizon will start the roll out of a major Android update but will roll it out to a small batch of owners on day one. Then, after that is completed, the carrier will move onto another batch and so on and so on until every owner gets the Jelly Bean prompt. It could, in theory, take even a couple of weeks for some owners to see the update though we hope that it doesn’t come to that.

For those that don’t receive a prompt, it’s worth going into the device Settings, into the About section and checking for the update. If it’s available, it will bring up a prompt to download and install.

The update is not Android 4.2 Jelly Bean, something that was expected, but instead is Android 4.1 Jelly Bean, which will still be a massive step up from the previous version of Android running on the Droid RAZR HD and Droid RAZR MAXX HD, Android 4.0 Ice Cream Sandwich.

Android 4.1 Jelly Bean is still a huge upgrade over Android 4.0 Ice Cream Sandwich and will bring a host of new features to the table included improved Notifications, updated suite of Google applications, better Browser and Calendar, and a smoother, faster UI amongst other things.