Also confirmed is the device’s processor which will be a OMAP4430 that is currently clocked at 1.2GHz. We could see it clocked to 1.5GHz before its all said and done though.

It’s also confirmed to be headed to Verizon but we’re pretty sure you could have figured that out already. It also has Android 2.3.5 on board. 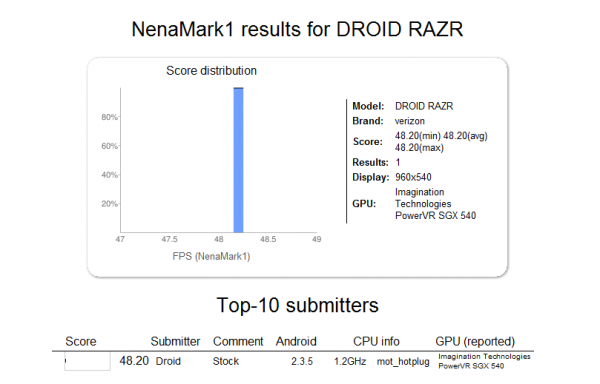 So, now that we have two pieces to the puzzle seemingly confirmed, we await word on the rest.

We’ve heard it might have 4G LTE support and that it isn’t a world phone like the Droid Bionic but those are still far from the murky waters that this phone currently resides in. And while we still have no idea when it might launch, our gut tells us before the holidays, we do know one thing for sure.

It’s going to have some serious competition in the Samsung Nexus Prime and HTC Vigor when it finally does decide to show its face.