Earlier today, Verizon and Motorola confirmed the two will be hosting an event on October 27th in New York City to announce some new Motorola DROIDs. Initially, rumors suggested one new DROID Turbo 2, but now we have confirmation that two new Motorola smartphones are headed to Verizon Wireless.

Over the past few months we’ve seen multiple leaks about a device being called the Moto X Force, but according to the latest rumors this device will be released soon as the DROID Turbo 2 on Verizon Wireless, replacing last years popular DROID Turbo. For those on Verizon wanting something different than the iPhone or latest Samsung Galaxy or Note, read on for all the details.

Verizon’s original DROID Turbo is still a quality smartphone. It has a great design, an impressive camera, and a huge battery that lasts for nearly two days. However, at the end of the month at least two more options will be available, and below is everything we know so far. 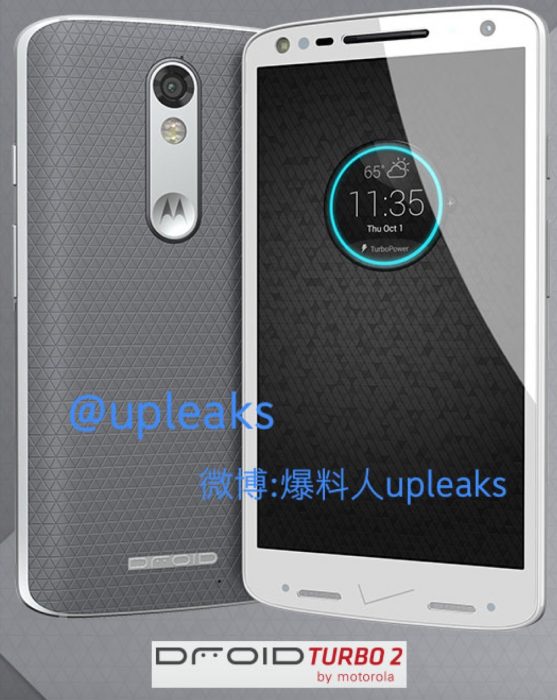 With the new Moto X Pure Edition and the budget-friendly Moto G already available, the next major smartphone from Motorola for 2015 is a DROID, or two. Phones which will be exclusively for Verizon Wireless. Last year the DROID Turbo was arguably one of the most powerful smartphones in all of 2014, and recently we’ve learned a lot about what to expect from the DROID Turbo 2.

In recent weeks we’ve seen countless leaks surface regarding the new DROID Turbo 2, confirming almost all the specs, a few surprises, and possibly Verizon partnering with Motorola to offer MotoMaker customization for the DROID, rather than only the Moto X and Moto G.

Read: DROID Turbo 2 Release: What We Know So Far

Today we didn’t get further details on what is actually coming, but the Motorola and Verizon joint announcement specifically mentions the two companies will be announcing new DROIDS, plural, as in more than one.

From what we’re hearing the new DROID Turbo 2 will be quite the smartphone. Receiving a few small improvements in almost all areas compared to last year, but still be smaller than the big new 5.7-inch Moto X announced earlier this year.

These are only the latest rumors, and we’ve actually heard it will have a 5.43-inch display, to be exact, but likely just called a 5.5-inch screen. Again, we’ll have to wait a few more weeks to find out.

However, that isn’t the only DROID coming to Verizon. The press release confirmed they’ll be announcing DROIDs with an “s”, suggesting another is coming, and we’re hearing that will be return of the all-mighty and long lasting DROID MAXX.

According to a few sources and recent rumors, the DROID MAXX 2 will be a smartphone very similar to the Moto X Play announced earlier this year, only with some small changes and Verizon DROID logos everywhere. Here’s what it could have to offer.

We don’t have too many details about the new DROID MAXX 2, as all the latest rumors have been about the DROID Turbo. In previous years Motorola and Verizon released two or three DROID phones, but last year ditched that plan and offered one phone, the DROID Turbo. Combining the small 5.2-inch screen and top-teir specs with the MAXX battery life.

This year it looks like they’ll offer two devices with similar screen sizes (but they could differ) with one being somewhat cheaper to appeal to more buyers.

All we really know for now is the new DROID Turbo 2 is coming on October 27th, and likely a second phone will make an appearance. Initial rumors claimed it would be in stores come October 29th, but now we’re expecting a November arrival. This is what the DROID Turbo 2 could look like, but stay tuned for more details.