Verizon’s original Motorola DROID Turbo is still one of the best Android smartphones available today. It has a great design, an impressive camera, and a huge battery that lasts for nearly two days. However, this week new details have surfaced suggesting a DROID Turbo 2 is coming soon.

For weeks we’ve been seeing small reports about more Motorola smartphones, and even the name “DROID Turbo 2” has been spotted here and there. Today though. Costco’s inventory system has completely outed the Samsung Galaxy Note 5, and the new Verizon Motorola DROID Turbo 2 ahead of any potential launch or release date.

Back in July Motorola took the stage in New York City and announced three brand new smartphones. One being the budget-friendly Moto G, and then they revealed two new Moto X smartphones for 2015. None however, are devices for Verizon Wireless. Read on for more details. 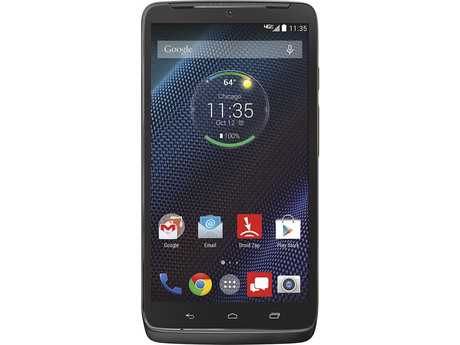 During the announcement on July 28th Motorola announced an impressive Moto X for 2015, only this year it has a massive 5.7-inch Quad-HD display, vs the smaller 5.2-inch screen inside the DROID Turbo and last years Moto X. It was a surprise change, but that wasn’t all Motorola had in store.

A few minutes later Motorola announced the Moto X Play, an impressive 5.5-inch smartphone with a huge Turbo-like 3,600 mAh battery, decent specs, and a similar 21 megapixel camera. However, we received bad news and Motorola confirmed the Moto X Play will not be released in the United States.

However, during the release announcement when Moto confirmed the new Moto X Play wasn’t coming to the United States, they did tell buyers to “stay tuned, as we have more Motorola smartphones headed to the US later this year”. That statement, is almost 100% about at least one or two new DROID smartphones for Verizon Wireless.

The image above comes from the popular retail store Costco, which clearly outs some upcoming devices like the Galaxy Note 5, and the new DROID Turbo 2. We’re not sure if that’s the name, or just a placeholder, but we can expect more details to arrive soon.

In 2014 the DROID Turbo started to appear in leaks around September, and it was eventually released near the end of October. The DROID Turbo has a 5.2-inch Quad-HD display, a powerful quad-core processor with 3GB of RAM, a 20.7 megapixel camera, and a huge 3,900 mAh battery. It was one of the best phones of the year, even if the camera performance received poor reviews.

This year Motorola shook things up with its new smartphones, and it’s likely we’ll see at least one new Verizon DROID smartphone. One that will look similar to the DROID Turbo, yet have the familiar Moto branding and aluminum stripe down the back we’ve seen from all Motorola devices released or announced thus far in 2015.

Nothing is official until Verizon and Motorola announce it themselves, but it sounds like a device very similar to the Moto X Play could arrive in October as the DROID Turbo 2. Stay tuned for more details.