Epic Games’ Unreal Engine demo app Epic Citadel is now available for Android devices, and it adds a few features that are exclusive to the platform, according to The Verge.

Epic Citadel is showcase for the Unreal Engine on mobile devices, and it was the first app Epic released on iOS while it continued to work on Infinity Blade for iPhone. The app lets players explore a medieval castle (or citadel) in first person, with no enemies to bother them. The app shows off what the Unreal engine can do on mobile devices.

The new Android version of Epic Citadel gives users access to information that’s not available in the iOS version. The app will let Android users see the frame rate of the demo, as well as the quality of the graphics and resolution. The information will help Android users and developers see how well the engine runs on different devices. 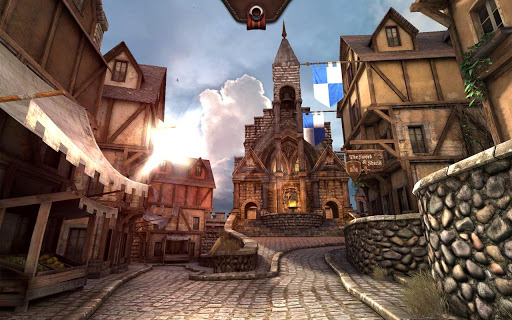 Epic released the following statement about the release of Epic Citadel:

Epic has now shipped an Unreal Engine app for Android, which means we’ve invested in plenty of QA testing against a wide range of devices, and we’ve executed the necessary profiling required for shipping Android games, etc. This means that any developer licensing the Unreal Engine for Android benefits from that process – all the work we do gets rolled back into the engine and shared with our licensees.

The testing Epic performed on Android devices should help other developers create better games using the Unreal Engine. There are already games on Android that use the Unreal Engine, such as Horn and Wild Blood, but this could mean more such games will come to the platform.

The release of Epic Citadel doesn’t mean Infinity Blade will come to the platform, however. That franchise is exclusive to iOS. Epic may choose to make new games with other existing or new IPs to Android, but did not announce any intentions.