Bethesda is planning to roll out a brand new Fallout 76 update this week and the patch will address some of the most glaring issues with the online game.

The next Fallout 76 patch is dubbed 1.0.2 across all three platforms and it’s set to arrive in the near future as Bethesda brings down the game servers to roll out the update to Xbox One, PS4, and Windows PC users.

In this guide to the first December Fallout 76 update we’ll go over the downtime, the update’s size, and the contents of the 1.0.2 patch.

Bethesda will bring down its Fallout 76 servers on December 4th to issue the 1.0.2 update to Xbox One, PlayStation 4, and Windows PC users.

Upcoming #Fallout76 Maintenance: Tomorrow, December 4 at 9:00 AM EST (14:00 UTC) we will be bringing Fallout 76 offline for maintenance. During this time you will be unable to log in or play. Once completed, a new patch will be available to download. https://t.co/ngwslVsuBE

The company says servers will go offline starting at 9:00 AM EST (14:00 UTC) during which time Fallout 76 players will be unable to login or play the game.

It’s unclear how long the game’s servers will be down for but they’ll likely be down for a few hours as the company works to implement the changes.

The 1.0.1 patch was massive, almost the same size as the entire game. The December 4th Fallout 76 patch is much smaller, but still requires a sizable chunk of space if you own a PS4 or Xbox One. 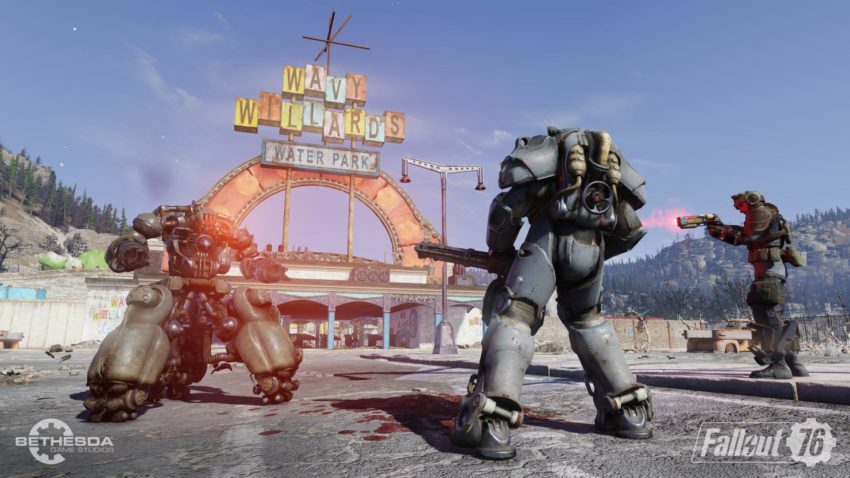 If you own an Xbox One or PS4, you’re looking at a 3GB download. If you play Fallout 76 on a Windows PC, your patch is around 36MB. A huge difference.

The 1.0.2 patch features an assortment of changes ranging from gameplay enhancements to bug fixes. Let’s start with the general improvements.

On top of that, the 1.0.2 patch will bring additional stability improvements to the Fallout 76 game client and servers.

As promised the 1.0.2 patch is increasing the maximum stash storage.

Bethesda says the maximum stash storage will increase by 50%, to 600 pounds. The developer calls this “a conservative adjustment” and says it plans to increase the storage cap even further once its verified the change doesn’t impact the game’s overall stability.

There are also some changes to the game’s balance. These include:

The 1.0.2 patch also comes with a series of bug fixes for all three platforms. These include:

We don’t have a date for the next patch but we do expect Bethesda to roll out new updates in the near future.

Bethesda will make the announcements on its social media pages so you’ll want to keep your eyes out as we make our way into the new year.

If you can’t wait for Bethesda to fix your problems, you’ll want to try and fix the issues on your own. To assist you we’ve put together a list of fixes for the most common Fallout 76 problems.