Bethesda’s rolling out a huge Fallout 76 update to the Xbox One, PS4, and Windows PC and it delivers a long list of fixes for bugs and performance issues.

As we’ve pushed away from the Fallout 76 release date we’ve been hearing about the issues plaguing Bethesda’s latest installment in the Fallout series.

The long list Fallout 76 problems includes minor bugs, connection issues, issues with graphics, crashes, and a variety of other performance problems. Fortunately, the company isn’t sitting on its hands.

Bethesda’s rolling out the first major Fallout 76 update and the patch should improve the experience on all three platforms.

In this guide we’ll take you through everything you need to know about the November Fallout 76 patch including its size, version numbers, and fixes

Bethesda’s November 19th Fallout 76 patch has a different version number for each platform. 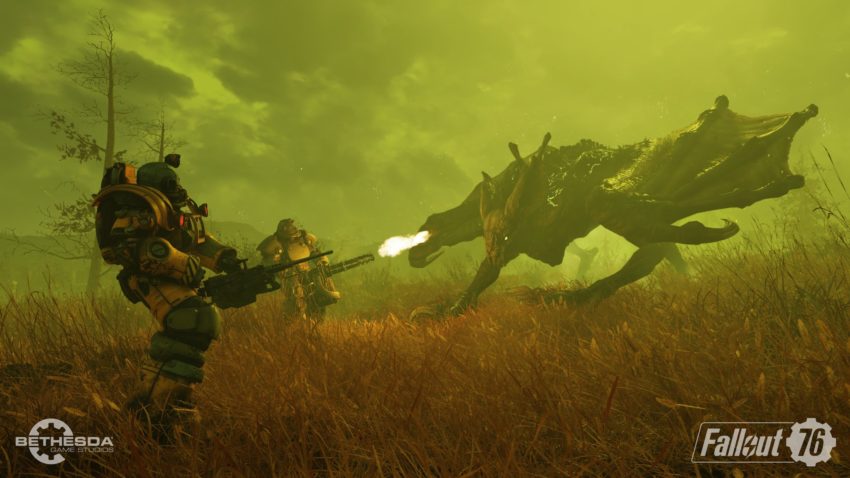 Bethesda’s November Fallout 76 patch brings an assortment of bug fixes to the Xbox One, PS4, and PC.

As expected, the November Fallout 76 patch require a massive download. In fact, the download is so big that you’re essentially re-downloading the game.

When you go to play Fallout 76 today you’ll be prompted to download a 48 GB patch. This is a mandatory update for all Fallout 76 players.

If you don’t have a lot of space free on your console or Windows PC, you might need to make room for the patch by deleting files you no longer need.

If you encounter slow download speeds, try plugging an ethernet cord into the back of your PC, PS4, or Xbox One.

We expect future Fallout 76 updates to much smaller than this one.

As for the bug fixes, here’s what Bethesda’s patched up with this update. The list includes fixes for graphical issues, UI issues, and quests.

Given the number of issues still plaguing Fallout 76, we expect Bethesda to roll out frequent patches as we push toward the end of the year.

The company will make the announcements on its social media pages so you’ll want to keep your eyes out as we make our way into December.

If you can’t wait, you’ll want to try and fix the issues on your own. We’ve put together a list of fixes for the most common Fallout 76 problems and it’s a great place to start if you can’t wait for Bethesda.

In addition to bug fixes, future Fallout 76 updates will bring: