If you’re trying to decide which version of Final Fantasy Remake 7 to buy, this guide will take you through each edition and help you pick the right one for you and your budget.

At long last, the Final Fantasy 7 Remake is on shelves. The game has received excellent reviews and it’s definitely worth a look if you’re interested in picking up a new game during quarantine.

As a reminder, Final Fantasy 7 Remake is a PlayStation 4 exclusive for the time being, but we could see a release on other platforms, including Xbox, down the road.

Retailers are selling a few different versions of the highly anticipated game. The list includes the standard edition, a Deluxe Edition, and an intriguing 1st Class Edition that comes with items for big fans of the Final Fantasy series.

You’ll also need to choose between a physical copy and a digital copy. Physical copies of Final Fantasy 7 Remake are a bit tricky to find in stock right now so if you want the game ASAP, you’ll want to consider going with the digital version.

Here’s a look at what we know about each of these editions. Keep this information in mind as you try and decide which one to order.

There aren’t a ton of deals out there right now so you’ll probably have to spend the full $60 if you order a copy of the game today. That said, if you wait, you could see some deals emerge in the weeks ahead. 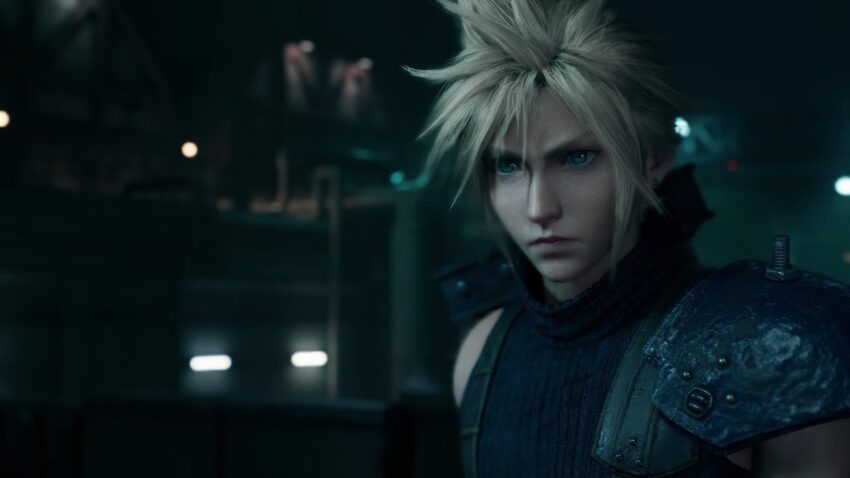 The standard edition comes with the least amount of bonus content, but it’s the safest option. Here’s who should buy the standard version of the game.

You can buy the standard version from retailers like Amazon, Best Buy, GameStop, Square Enix, and others.

If you want more from your purchase you might opt for the Final Fantasy 7 Remake Deluxe Edition. 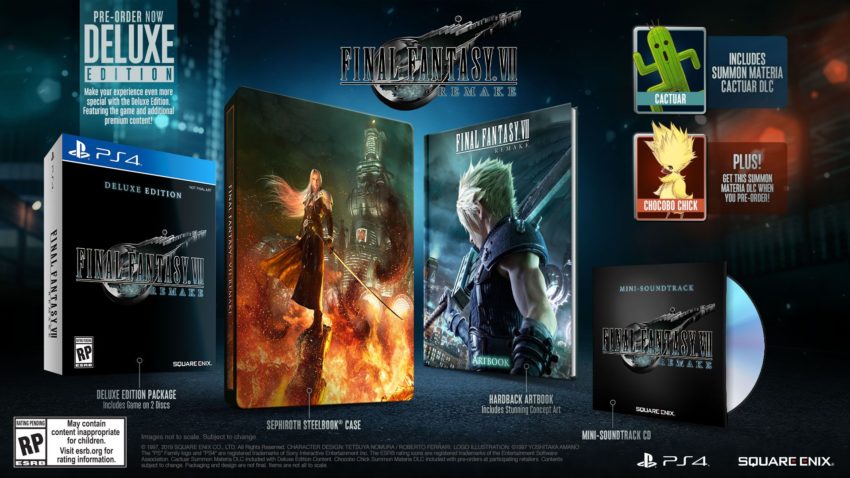 Of course, all of this comes at a cost. The Deluxe Edition retails for $79.99 without a deal. Again, up to this point, we haven’t seen many deals.

The Deluxe Edition is an intriguing option if:

You can buy the Deluxe Edition at retailers like Amazon, Best Buy and the Square Enix Store.

There’s also a massive 1st Class Edition bundle that is far more expensive than the other two options. 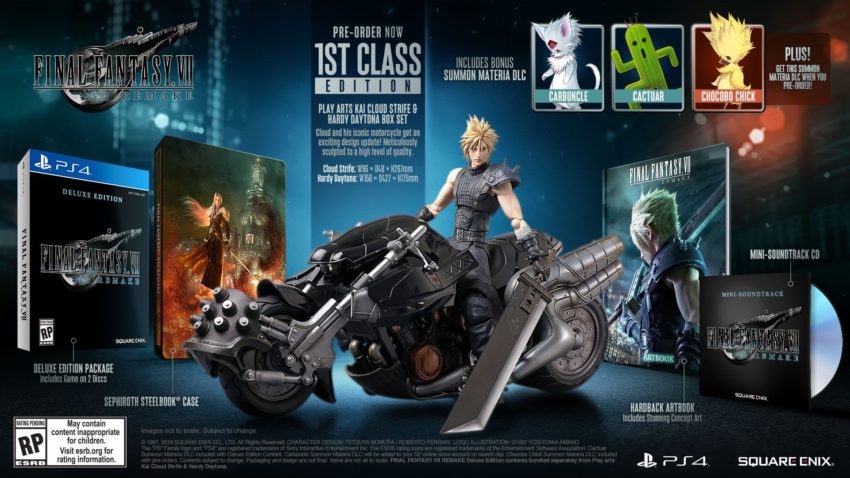 For $329.99, you get a copy of the game, all of the content from the Deluxe Edition, and a Play Arts Kai Cloud Strife & Hardy Daytona. The dimensions are as follows:

This bundle is for collectors and most people are better off going with the standard edition or the Deluxe edition.

The Final Fantasy 7 Remake 1st Class Edition is exclusive to the Square Enix Store. You can also find it via resellers like eBay though you should be prepared to pay a premium.

Final Fantasy 7 Remake comes in two formats: Physical and digital. Here are some pros and cons to buying in each of those formats.

If you’re tired of discs cluttering up your house, go with the digital version. You’ll also want to buy a digital copy if discs sometimes go missing or often get damaged in your home.

If you play a lot of different games and don’t want to pull the game disc out every time you want to play, go with the digital version.

Downloading it digitally means you’ll have easy access every time you start-up your console. 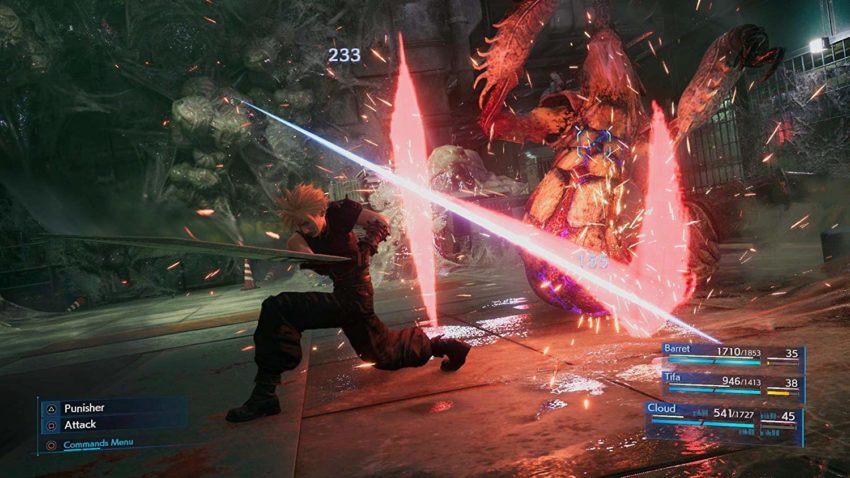 You’ll also be able to lend your copy of the game out to friends, co-workers, or family members when you decide to move onto another game.