Developing for Android and its wide swath of devices can be a pain. Just ask the developers of Instagram and Temple Run who ran into issues shortly after launch. However, the developers of another big app that has yet to make its way to Android are trying something a little different to ensure their app doesn’t run into the same kinds of issues.

Flipboard for Android is probably the most anticipated launch on the platform since Instagram launched earlier this year. The application will be launching exclusively on the Samsung Galaxy S III but it will be a timed exclusive and it will roll out to other devices in the near future. 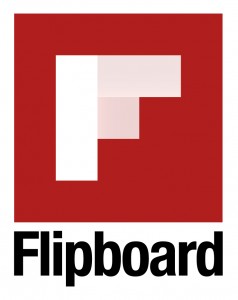 In comments made to Engadget though, Flipboard aims to avoid the road that Instagram and Temple Run both went down, the road where the app only works for a handful of devices at launch. This is something that has plagued Android for quite some time and a reason why some developers have left the platform completely.

Read: Temple Run: Another Reason to Run From Android.

Instead of just launching the application on the Google Play Store for everyone to download, Flipboard is instead going to be beta testing the application to ensure that the app works properly on the many Android smartphones and tablets.

This is one of the reasons why the application is exclusively launching on the Samsung Galaxy S III. The developers partnered up with Samsung and focused on that device to start.

Soon though, it will be releasing the application to beta testers in order to perfect the application for launch. Turns out, Flipboard doesn’t want to deal with the same type of mess that Instagram and Imangi Studios, the devs behind Temple Run, wanted to deal with.

Quite frankly, Flipboard’s approach is refreshing and it’s my hope that other Android developers adopt this system. It won’t be fool proof but it will definitely help to ensure a better experience across the board for Android app users.

For those that don’t wish to wait for the app to officially hit the Google Play Store, there is a way to sideload the application right this moment.