RetroArch is a free Android emulator app that delivers more than a dozen emulators to android smartphones and tablets including the Nexus 7, Nexus 4 and Galaxy Note 2.

There are no Mario Bros games on Android officially, but with the use of an emulator like those included in RetroArch it’s possible to play favorites from consoles and portable games like the NES, Super NES, Sega Genesis, Game Boy Color, PlayStation 1 and others.

The free app doesn’t include any games, so users are on their own to track down ROMs of their favorite video game classics. We’ve previously use NES.emu to play NES games on the Nexus 7 with a WiiMote s a controller, and for NES games it is still a better option for users who want to use a physical controller. 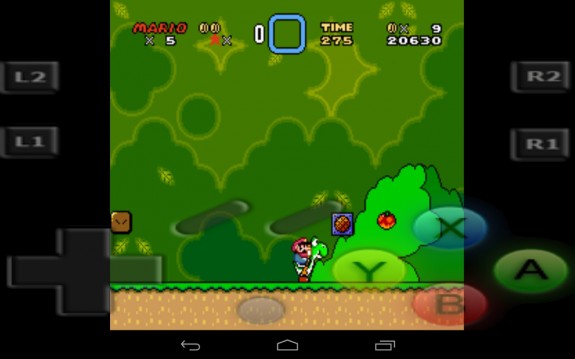 For everyone else, RetroArch offers free emulators for some of the most popular systems, allowing users to relive their favorite games on a smartphone.

The app is slightly confusing because it doesn’t list what emulators work with which system or games. Thankfully the app description includes a listing of system name and the corresponding emulator.

Once users open the app, they can pick an emulator and browse to find the game they want to play. The ROM must be present on the Android device to play. 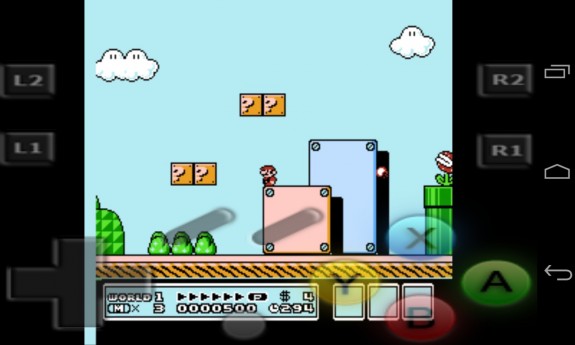 Owning ROMs of old games is often not legal, even if you own the original game, so users who want to use RetroArch will need to make their own ROM or download one illegally from the Internet.

The biggest drawback of this app is the lack of physical buttons, which makes playing games that require users to hold a button to run, press an arrow direction and then also press a button to jump quite difficult. There are options to select input, but it is not clear if users can use a WiiMote or other controller.

RetroArch is free in the Google Play Store with a 4.5 star rating.