Last week Samsung announced two impressive new flagship Android smartphones with big and bright 5.7-inch Quad-HD displays, wrapped in a beautiful aluminum and glass design. Those being the new Galaxy Note 5 and Samsung’s Galaxy S6 Edge Plus to replace the original. Is this just a bigger version of the Galaxy S6 Edge, or does it bring more to users pockets? Here we’ll go over everything that’s new and different.

The Samsung Galaxy S6 Edge was a surprise device earlier this year when it arrived along with the regular Galaxy S6 in April. It had the same beautiful design with a curved edge on both sides of the display and some fancy features to go with it. However, Samsung’s now released a bigger, more powerful model that buyers should be aware of. There is more to this phone than just a bigger screen.

Essentially buyers are getting a massive smartphone that has a fancy curved screen. The display and glass actually bends downwards towards the back that turns heads when people see it, adds some additional functionality, and can be customized as well. Read on for five or so key things that separates the original Galaxy S6 Edge from the bigger, new Galaxy S6 Edge Plus that will be released Friday, August 21st. 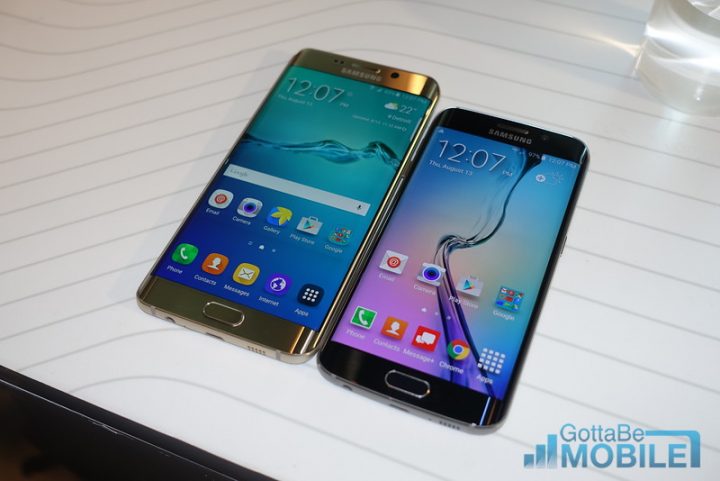 Looking at both phones users and buyers won’t notice anything different. They are literally identical in every aspect, aside from the size. That’s a big factor that you’ll instantly recognize. A 5.1-inch device vs a 5.7-inch device is a big difference. Everything else though, remains exactly the same in terms of the look, placement of buttons or the camera, and how that aluminum design material feels.

However, just like the Samsung Galaxy Note 5 that was also announced last week and now available to pre-order and buy from all carriers in the United States, the Edge Plus is more than just a pretty curved screen that has been supersized. Samsung improved the camera, internals, battery and more. Lets break it all down for potential buyers.