The upcoming Samsung Galaxy S7 and Galaxy S7 Edge have been heavily rumored over the past month, and more rumors are appearing as 2016 kicks off. Today, sources have revealed some exciting new details about the screen size, bigger battery capacities, water-resistance and the return of the micro-SD card for expandable storage.

Last years Galaxy S6 lineup was released without a micro-SD card and user replaceable battery in favor of a premium design, which caused frustration for millions of buyers. However, it looks like Samsung could be changing its mind and returning these key features and more for 2016.

Since as early as September we’ve continued to receive small bits of information regarding Samsung’s flagship smartphones for 2016. From an overall similar design language, three different screen sizes and more. We’ll go over that and all the latest details below. 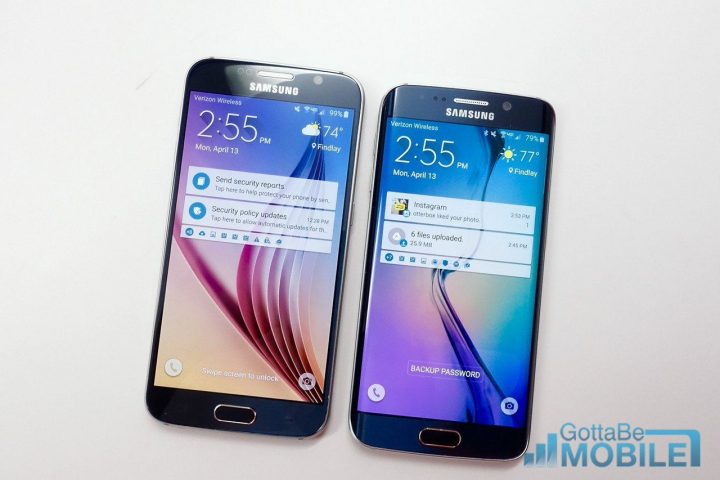 If the latest news is accurate, it looks like Samsung could be blending the premium design from last years models with the impressive feature set of the Galaxy S5, while keeping the overall design rather similar. The end result being a premium all metal flagship smartphone with expandable storage, great battery life, water-resistant like the Galaxy S5, improved cameras and a sleeker design. Essentially what most buyers wanted or expected from the Galaxy S6.

While rumors have been back and forth regarding what to expect, this week popular leakster Evan Blass, also known as @Evleaks, learned some exciting new details from sources that were “briefed by the company”. So while this information may not be 100% accurate, it comes from a relatively reliable source.

With that said, here’s the latest information and specs regarding the Samsung Galaxy S7 and Galaxy S7 Edge, starting with the good news first.

The Galaxy S7 in 2016 could have a thinner profile, the same premium design and look, but a better camera, longer battery life, be more durable, and more. Here’s the full spec sheet according to the latest reports and rumors.

These new sources suggest that Samsung will actually be lowering the camera from 16 megapixels to only a 12 megapixel camera. But as we all know, megapixels and resolution aren’t everything. It will employ Samsung’s new BRITECELL camera technology with a bigger sensor and fast f/1.7 aperture. Meaning an extremely fast shutter speed for great low-light photos, less blur from hand shaking, for crisp and great photos or video.

The result here being the Galaxy S7 will be completely flush on back, rather than have a huge camera bugle like every smartphone released in 2015. This could also help free up space to add in a bigger battery.

If all the reports and rumors are accurate the new 2016 Samsung Galaxy S7 may end up looking very similar to last year but with improvements across the board. More powerful, portable, better battery life, improved cameras, extra features like the Iris scanner for security, water resistance and more. We’ve heard time and time the Galaxy S7 will be announced in February, and that same date was mentioned again here today. Stay tuned for more details.