Whether you’re looking to upgrade or just want a new phone, here’s how the Galaxy S9+ compares to the Galaxy S8 Plus. With Samsung’s Galaxy S9 release date almost here buyers have a tough choice to make. These are two of the best phones around. Both devices have a similar design, similar screens, but very different cameras. Here’s everything you need to know to help you decide which one is right for you.

If you want a big screen phone and don’t need a stylus, chances are you’re considering Samsung’s bigger plus-size smartphone. It’s the best device available here in 2018, and you have two to choose from. However, we’ll explain why the newer Galaxy S9+ is probably the best choice.

As you probably know, this year Samsung didn’t change a lot on its smartphone. At least from the outside. The Galaxy S9+ and Galaxy S8+ look almost identical. In fact, at first glance, you’d think they’re the same phone. The only discernable difference is the centered fingerprint scanner and the new dual cameras on the back. Just because they look the same though, doesn’t mean they are. There are major changes worth waiting for and spending a little more money on. 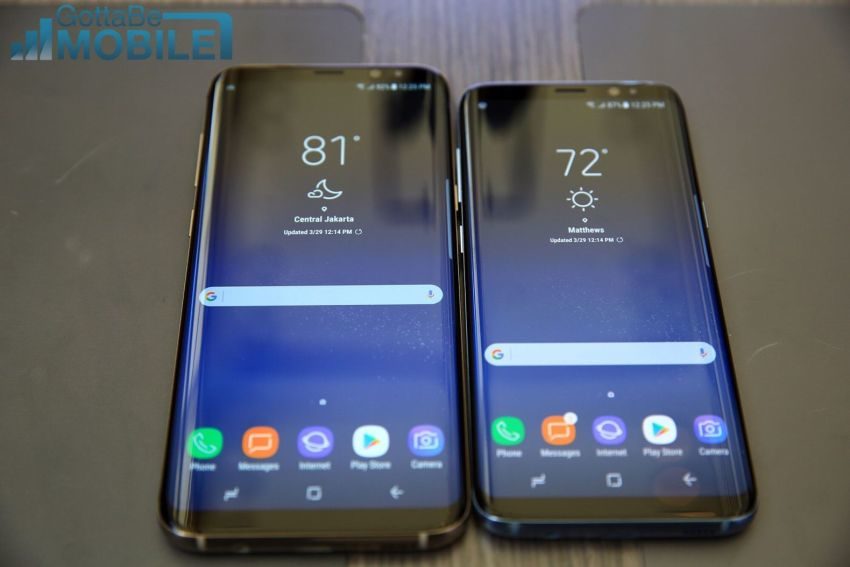 Last year Samsung’s Galaxy S8 and the Galaxy S8+ had big curved screens with small bezels, a sleek design, powerful cameras, and basically the same features throughout. The only two difference being the screen size and battery life.

So what are those changes? Well, the Galaxy S9+ has an all-new dual camera setup on the back. A similar setup to the popular Galaxy Note 8. That said, Samsung made big changes to the camera that make it even better than last years Note 8. That’s not all either. Basically, you’re getting more than just a big screen in 2018.

What this means though, is the decision between the Galaxy S8+ and the S9+ is more important than ever. One is much different than the other. You’ll simply need to decide if those changes are worth waiting for, worth paying for, or things you want and need.

In closing, if you’re coming from a Galaxy S6 or S7 and debating which Galaxy to buy, our slideshow will help you decide. We’ll explain what each phone has to offer and help you choose which one is right for you. It’ll also explain the differences so Galaxy S8+ owners will know if there’s enough to warrant an upgrade.