This Galaxy S9 release date breakdown will tell you everything you need to know about buying Samsung’s impressive new phone. Following months of leaks and rumors, the Galaxy S9 and a bigger dual camera Galaxy S9+ are now official, and pre-orders are live. Below are some Galaxy S9 release date details, deals, pre-order info, pricing, early shipping information and more for buyers.

On February 25th Samsung took the stage in Barcelona, Spain and showed the world what they’ve been working on. Which, of course, is a highly improved smartphone with a powerful camera. A 5.8-inch Galaxy S9 and the 6.2-inch Galaxy S9+ with curved screens, updated software, better cameras, and much more.

As expected, Samsung immediately confirmed what everyone wanted to know, the release date. Galaxy S9 pre-orders begin March 2nd, followed by a March 16th release date. For those interested, here are some things the Galaxy S9 can do, then get some cases, accessories, and buy your own with our information below.

This fancy phone can be yours on March 16th in the United States, and maybe a little earlier if you’re lucky. After we saw a slight delay on the Galaxy S8 in 2017, due to the Galaxy Note 7 recall, Samsung is back on track here in 2018. Actually, this is one of the earliest Galaxy S release dates in years. Likely as an attempt to take on the iPhone X.

Again, pre-orders begin from March 2nd around the globe, followed by a March 16th release date. Select regions outside of the US will see it about a week or so later, on March 23rd. 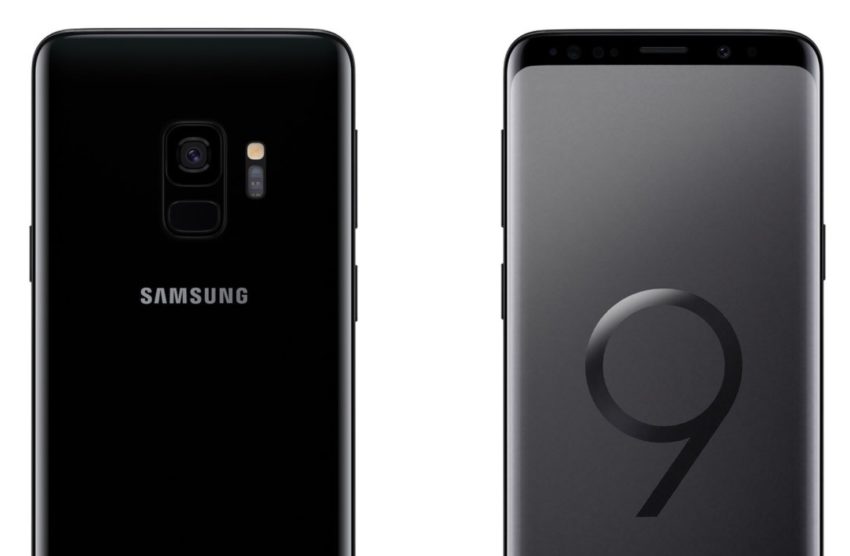 Last year Samsung’s Galaxy S8 didn’t arrive until April 21st, an entire month late. Being a small evolutionary change with mostly the same design, Samsung was able to get this phone out much faster than expected.

Another question we’ve been hearing from potential buyers is regarding Galaxy S9 pre-orders. With a sleek design, smaller bezels, and an extremely impressive looking camera, people want one right away. Not to mention inventory might be limited at launch. Millions of people skipped the Galaxy Note 7 or went back to a Galaxy S7 or S7 Edge, so a lot of owners are ready to upgrade.

Offering three new colors and double the storage, at 64GB, this phone will be selling out fast. That’s why pre-ordering is a good idea.

Pre-orders begin March 2nd around the globe from multiple outlets. Head to Verizon, T-Mobile, AT&T, and even retail stores such as Best Buy or Walmart. Best Buy has some extremely lucrative discounts, so check there before your carrier store.

In 2018, Samsung doubled the number of devices available for pre-order, and they confirmed plenty are available this year. 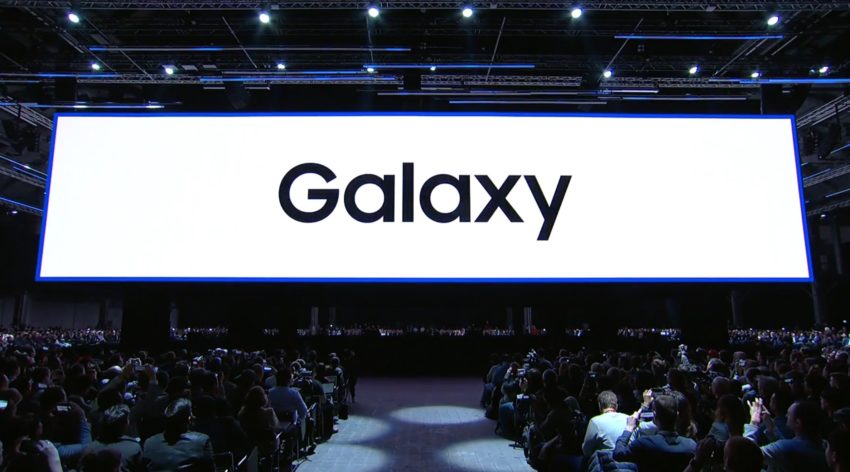 That’s just about all you need to know, right? Reserve your Galaxy S9 or S9+ today, so it’s ready on day one. We’re expecting some carriers to ship them early too like we saw with T-Mobile the last two years.

Where to Buy the Galaxy S9

As expected, all carriers and multiple stores will offer the new S9 and S9 Plus. As of right now, we can confirm Verizon, T-Mobile, AT&T, Sprint, US Cellular and more. Not to mention Best Buy, Target, Walmart, Sam’s Club and select other retail stores. Plus, regional stores will likely have some. 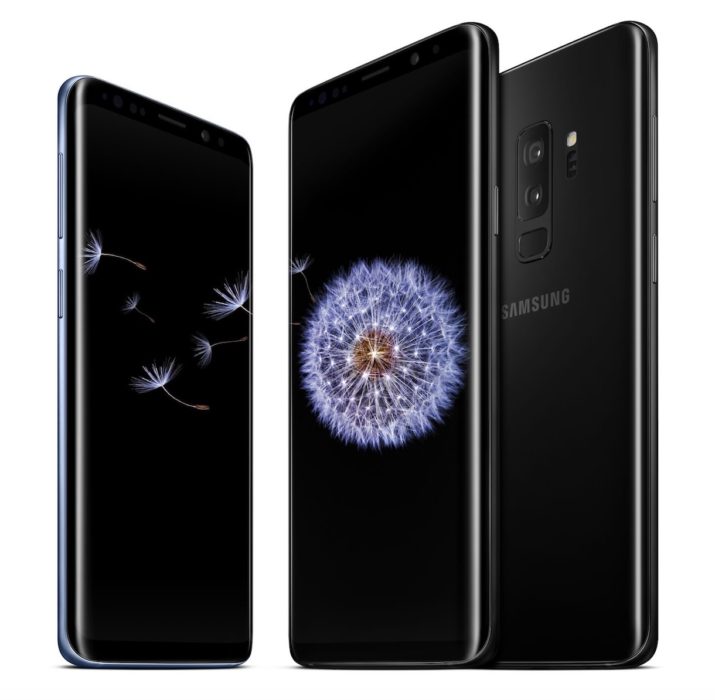 We’ll continuously update this post with more information as it’s released by Samsung. Keep in mind that plenty of devices will be available in-store come March 16th. We’re not expecting the stock to run out, so even if you don’t pre-order you can likely walk into a store and get one on the 16th.

This year Samsung took its award-winning phones in 2017 and made them better. Sporting beautiful and big “Infinity displays” with smaller bezels, and improved the design. However, it’s the relocated fingerprint scanner on the back and new cameras that has everyone excited. Here are the full spec sheets for those interested.

The information above is finally official and very similar to everything we heard in the days and weeks leading up to the event. While this isn’t a huge change from last year, it’s an important one. Samsung’s Galaxy S9 has a very capable camera, smarter software, better hardware, longer battery life and is more personal than ever before.

Think of the Galaxy S9 like an S series of the iPhone. It’s not a huge upgrade, but it’s still absolutely worth buying.

Here’s a detailed comparison with photos showing the size of the Galaxy S7 vs Galaxy S8 and more. That’s a good place to look to know how big the Galaxy S9 and S9+ are. Even with huge screens, they feel like small phones that are easy to hold and use. That’s because of the small bezels. The Galaxy S8 and S9 are almost identical in size.

Samsung’s stunning new Galaxy S9 comes in a few new colors this year, too. We’re excited about the fancy blue option, or Lilac Purple. We didn’t expect all the colors in the US, but Samsung confirmed them right up on stage. Each carrier in the US should have at least 2-3 color options.

The Galaxy S9 and S9+ will be available in three colors for the US, and a few others elsewhere. The US will get Black, Blue and Purple to choose between. Internationally, there will be a Gray and Gold option. 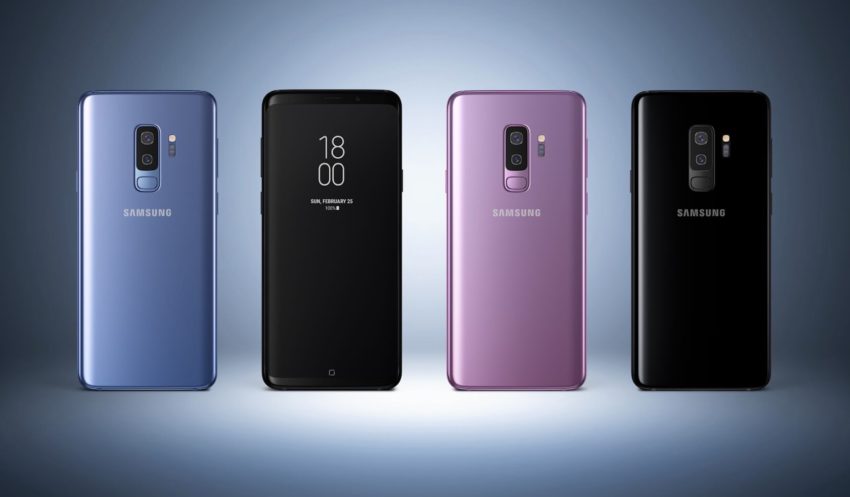 Last year all major US carriers offered the Galaxy S8, including small regional operators. These phones will soon be available from Verizon Wireless, AT&T, T-Mobile, Sprint, US Cellular, Cricket, MetroPCS, and many others. Additionally, it will be on almost all main carriers throughout Canada, Europe, South Korea, and elsewhere.

So you love the dual cameras and huge screen, when can you get one. A big factor for anyone is the price because these are expensive phones. The Galaxy S9 will be $719 while the S9+ will come in at $839. That’s the exact same price as last year, and cheaper than any rumors. However, expect pricing to vary depending on what store or carrier you buy from. Carrier pricing is a confusing mess and a lot more money.

Carriers like Verizon and AT&T are asking over $900 for the S9+, so they’re not matching Samsung’s pricing, but asking more. We’re not sure why, but they do have trade-in deals and discounts. Select retailers like Best Buy are offering big discounts, too. Best Buy customers save $100 when pre-orders for Verizon, AT&T, or Sprint plan. On top of saving potentially $350 with a qualifying trade-in device. That’s basically a $450 savings, making the phone half off. Best Buy will have the unlocked Galaxy S9 available from day one, too.

As expected, Samsung will get these phones into customers hands as soon as possible. We’re still expecting some sort of pre-order deals, like a free Gear VR, and we’ll update once we know more. Then, additional accessories are readily available from 3rd party manufacturers as we speak. Check Amazon for more details.

Samsung has continued to offer more and more accessories and cases with each new release. Here are 15 of the best accessories made by Samsung.

At the end of the day, all potential buyers need to know is the Galaxy S9 and S9+ will hit shelves on March 16th. Get yours pre-ordered, and stay tuned for more details as they become available. 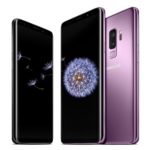