Ghost of Tsushima has a release date for PlayStation 4. With the release set for the summer, we want to help you choose the right version of the game for your interest level and budget.

It took several years, but Sony and developer Sucker Punch have finally spilled the beans. Ghost of Tsushima, a new single-player PS4 exclusive, is coming in 2020.

Assuming it doesn’t get delayed again, Ghost of Tsushima will arrive July 17th. The game was initially set to launch on June 26th, but its been delayed a few weeks.

Now that the game has a release date, retailers are taking pre-orders for several versions of the game. Ghost of Tsushima currently comes in four editions: Launch Edition, Digital Deluxe, Special, and an expensive Collector’s Edition.

Each edition comes with a different set of bonuses and each has a different price tag. With that in mind, we want to take you through each of edition and help you decide which is the right one to buy.

The standard edition is the no-frills version of the game. For $59.99 you get a copy of the game and a few pre-order bonuses. 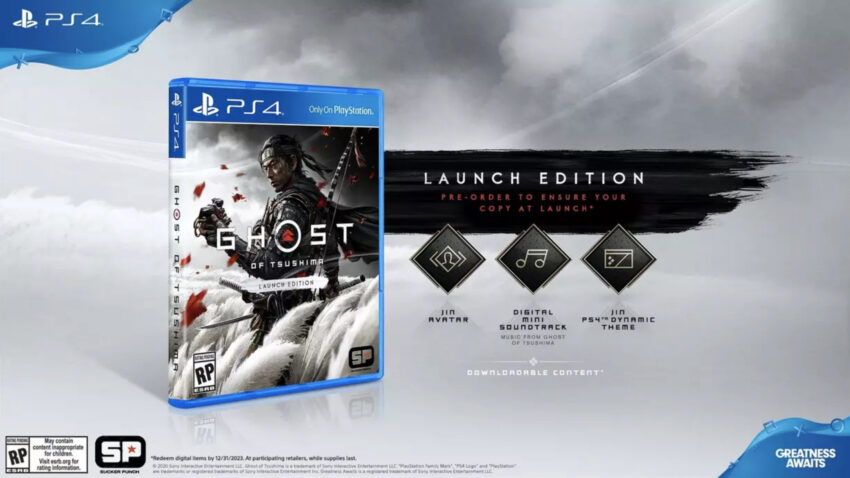 If you pre-order any edition of the game, including the Launch Edition, you get a Jin avatar (Jin Sakai is the game’s protagonist), a digital mini soundtrack featuring select songs from the game, and a Jin PS4 dynamic theme based on our box art.

The standard edition is $59.99, but you might be able to find it for a little bit less ahead of the game’s release date. Retailers like NewEgg sometimes offer deals that knock $5-10 off so be on the lookout for deals as we push through the spring.

The Launch Edition is the cheapest and safest choice and it’s the one a majority of people should pre-order, particularly those who don’t have a ton of time to play games and/or aren’t sure how much time they can invest in a single-player, stealth/action-adventure game.

You can buy the Launch Edition via Amazon, Best Buy and GameStop.

For those who want to go digital, there’s the Digital Deluxe Edition which comes with a copy of the game and some additional bonuses at an added cost. 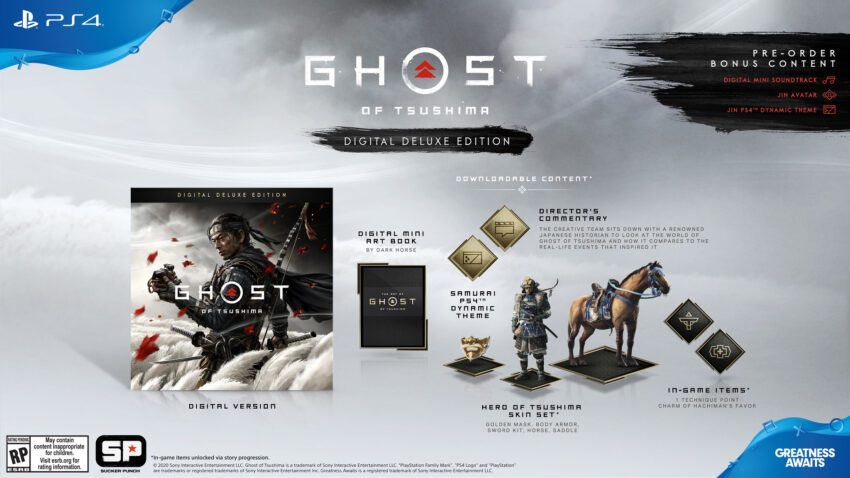 The Ghost of Tsushima Digital Deluxe Edition retails for $69.99 and for $10 more you get the Hero of Tsushima skin set which provides an additional in-game horse, saddle, mask, sword, and armor set for Jin.  On top of that, you get two additional in-game items: the Charm of Hachiman’s Favor and one technique point. These are all unlocked via story progression.

So who should spend the extra $10 on the Digital Deluxe Edition?

You can buy the Digital Deluxe Edition via the PlayStation Store.

If you don’t mind buying a physical version of the game, there’s the Special Edition which has the same $69.99 price as the Digital Deluxe version. 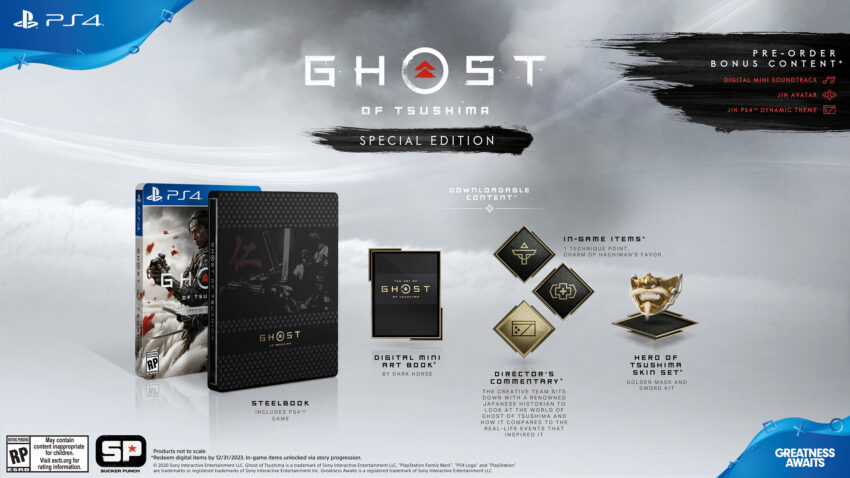 The Special Edition includes the Hero of Tsushima mask and sword skin, the Charm of Hachiman’s Favor, one technique point, the Director’s Commentary, and the digital mini art book.

It also features a SteelBook case, something you obviously won’t get with a digital version of the game.

So who should buy the Special Edition?

You can buy the Special Edition at Amazon, Best Buy and GameStop.

There’s also a Ghost of Tsushima Collector’s Edition that’s aimed at the biggest collectors and biggest fans of the game. 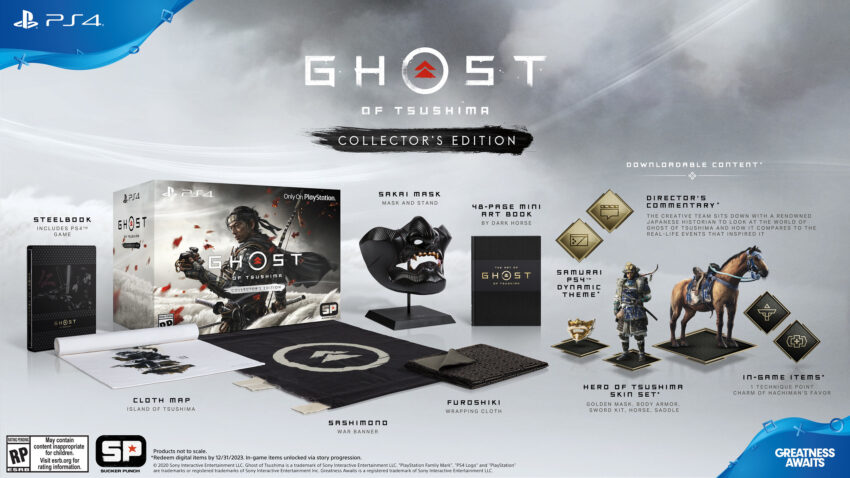 The Collector’s Edition requires a massive investment, $169.99, but it comes with a bunch of items you won’t get with the other versions. Here’s the full rundown:

Given the price, most people are better off skipping this edition and going with one of the cheaper bundles.

You can buy the Collector’s Edition, while supplies last, through Amazon, Best Buy and GameStop.

You can buy a physical or digital version of the game. Here are a few things to consider before you choose one or the other.

If you’re tired of discs cluttering up your house, go with the digital version. You’ll also want to buy a digital version of the game if discs often go missing or get damaged at your house.

If you play a lot of different games and don’t want to pull out the game disc every time you want to play, go digital. It’s extremely convenient.

And finally, if you want to play the game ASAP, buy a digital copy. You should be able to pre-load the game ahead of its release date and get started as soon as the clock strikes Midnight Eastern on July 17th.

If you buy a physical copy of the game you’ll be able to sell the game to a store like GameStop or list it on a reseller like Craigslist or eBay if you get tired of it or don’t want to play it again after you beat it.