Sometimes, a drummer may march to his own beat, but what if that drummer wanted to march to the beat of his fellow peers? Google’s Google Music store will supposedly allow users to share songs and tunes with each other according to the latest Internet speculation.

To enhance the content available for the Android platform and better compete with Apple’s iTunes Store, Google is said to be working on its own music store called Google Music. The Android-maker had recently launched a digital locker service that allows users to upload songs that they own to the cloud and stream it to any device of their choosing, though Google currently doesn’t offer a music storefront to sell music. In addition to Android Market for apps purchases on smartphones and tablets, the company had recently launched an e-book store called Google Books and a video rental service called Google Videos. A music store would be a logical next step. 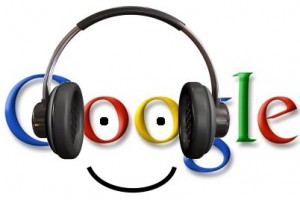 Andy Rubin had announced that Google Music will open with a new twist, though he didn’t elaborate on what that meant. A music insider source to BusinessInsider revealed to that website that the twist may be a social feature, allowing for users to share their music with others.

The way this works is that Google Music will, like Apple’s iCloud Music Match, will automatically upload all music purchases from the storefront to the cloud. A user can then send an email to a friend with a direct link to the song(s) available and the friend can click on the link to play the tune.

It is speculated that Google would be paying music labels huge advances to enable the feature, and labels are taking the risk that music discovery via social sharing will enable more purchases in the future.