According to this Distimo report Google’s revenue from the Play Store is rapidly increasing, but it still has a long way to go before it catches up to Apple’s iOS App Store.

The report says that Google’s daily revenue from the Play Store increased by 43 percent across 20 countries in the past four months. Apple’s App Store, on the other hand, only increased daily revenue by 21 percent. The App Store still has much higher revenues, however. 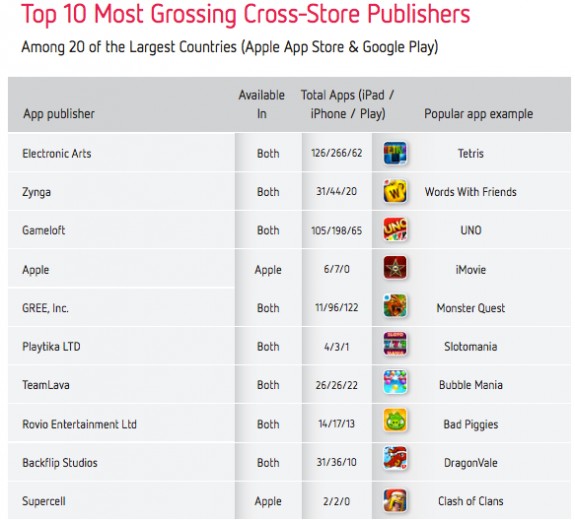 According to the study games lead in both downloads and revenue across both app stores. Of the top ten grossing apps across both services, only one app wasn’t a game. That app was iMovie, which came in at number four on the list. The top grossing app, according to Distimo, was EA’s Tetris, followed by Words With Friends from Zynga and Uno from Gameloft.

Other games in the top ten were, in order from number five to ten: Monster Quest, Slotomania, Bubble Mania, Bad Piggies, DragonVale and Clash of Clans. All games except Clash of Clans were available on both Android and iOS. Clash of Clans only on iOS.