In a bid to make the latest Android software release more accessible to more people in a timely manner so that you don’t have to wait six months after Gingerbread was released to enjoy it on a non-Nexus smartphone, Google is partnering with carriers and hardware partners to ensure that devices will receive timely updates. This process will also help to ensure that Google reduces fragmentation when new updates and new features roll out that may only support the most recent build of the Android operating system. 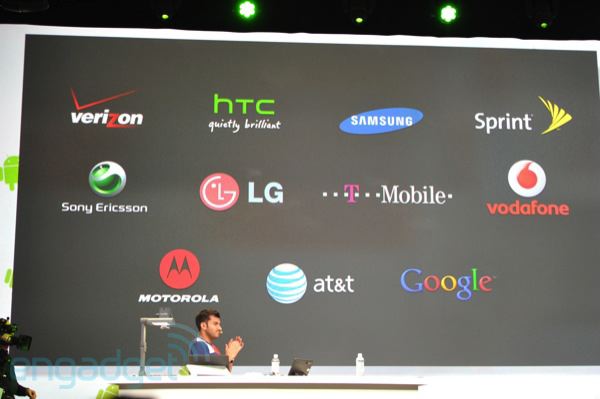 So far, partners in this program to help reduce Android fragmentation and to ensure that many users are running on a current build of the Android OS include AT&T, Sprint, T-Mobile, Verizon Wireless, Vodafone, HTC, LG, Motorola, Samsung, Sony Ericsson, and of course Google. It’s nice to see that all four major U.S. carriers are on board with this lofty goal as well as the top tier hardware makers behind your lust-worthy tablets and smartphones powered by Android.

Google is setting some guidelines around the update process. For 18 months from the date that your phone or tablet is released, these hardware and carrier partners must provide timely updates if the hardware can handle the update. Additionally, Google is setting a guideline as well for the amount of time it takes hardware partners to roll out the update once a new Android build is released. Hopefully, this means that high-end devices won’t trail too long after Google’s Nexus S and Nexus One devices get updated.